Review: Keaton – The Next Best Thing Out Of Kingston 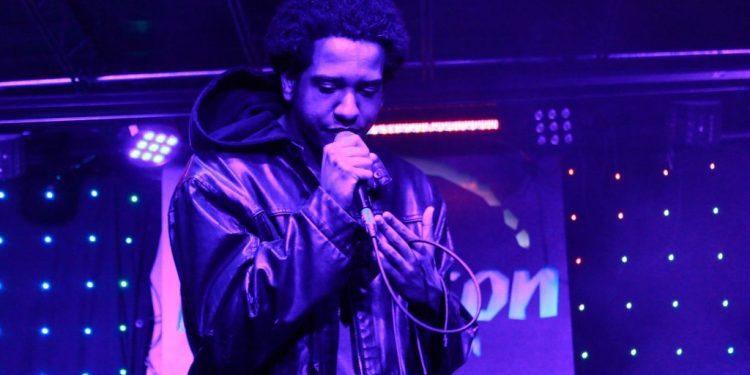 1 a.m. – the crowd at La Maison is electric with Saturday night excitement as the house music turns down, the stage lights come on and Kingston rapper, Keaton, grabs the mic.

He’s calm, poised, and battle tested – standing comfortably in the silence that has come over the bar.

Then a lone piano track rings out, and Keaton kicks into a verbal barrage of heartfelt provocative rhymes.

It’s powerful, catchy and has a hypnotic intensity to it that mesmerizes a diverse crowd of barflies and twenty somethings and turns them into Hip Hop fanatics.

Needless to say six years of performing live has paid off for Keaton, who’s three albums in and a well-oiled machine.

His songs are raw emotion meets technical brilliance. With subjects spanning from past relationships to the struggles of trying to make it. He’s not afraid to expose himself and be reflective, but rather embraces the inner struggle and spins it into creative gold.

As the set progresses, he flows seamlessly, oozing confidence, and while his words and beats are phenomenal, what really makes him special is how dialed in he is; determined to deliver an emotional roller-coaster of anger, love, torment, and relief.

As he reaches the climactic finale of his set he bellows out a heart churning soliloquy about his disillusionment with life, and the frustrations of a culture that rewards mediocrity. It’s forceful, passionate and punctuated with the line, ‘why are fans so satisfied with amateurs? Whose music’s average but looks so good on paper’.

And he’s must see material.