In Their Own Words: Don’t Tell Sarah Debuts New Lineup at La Maison 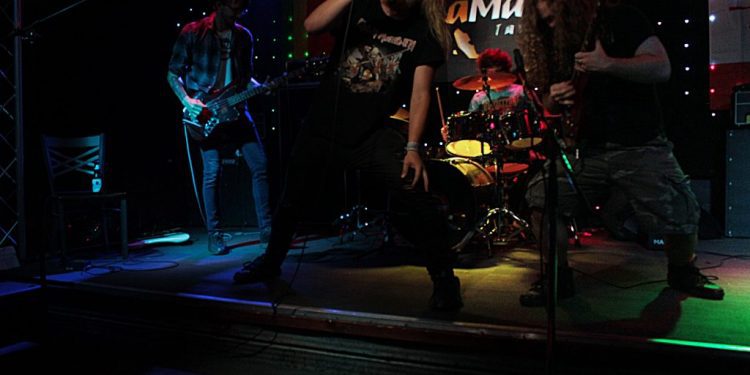 It was in the second straight hour of generic blues riffs at La Maison, when I knew we had to take the stage.

It was jam night and the crowd was comatose. The onstage performers were mechanical, frozen in place, and seemingly less enthused about their music than anyone in the bar.

They had talent but no soul. A change was needed.

I turned to our guitarist, Vince, and said, “it’s time”. And as the words left my mouth I felt a rush of adrenaline shoot up my body.

And while I wish I could say we walked on stage with all the swagger and confidence of Aerosmith or The Rolling Stones the truth of the matter was the band was nervous.

Don’t Tell Sarah is a weird band, made up of weirder people. We’re not a high gloss production of bland user friendly tunes but instead a greasy marriage of frenetic punk rock aggression, rockabilly riffs and experimental phrasing.

The sound is a sonic assault and the complete 180 of what was going on that night, and there was no telling if the crowd wanted to break free of their indifference and rock out, or remain hunched over their drinks staring at the baseball game on the screens.

And as if my on stage jitters weren’t enough, the anxiety of debuting the new and improved Don’t Tell Sarah had me on edge.

On mic, we had, Alex Hunter, the high energy front man with a fearsome growl and insane vocal range. To his left, was Vincent Montpetit, a powerful guitarist with piercing solos and ear bending licks, and in the back and on the kit, the lightning fast, raging back beat of the band, Nicholas Upper. An incredibly creative drummer with top notch foot work and a knack for flare. Oh, and finishing it all off, was me, the fiercely exuberant, headbanging bass player with a habit of bumping into his band-mates on stage (sorry boys).

It had taken two years to reach this lineup, and the group felt solid, but still, thoughts of “will we sound good?”, “will people like us?”, and “will this work?” fluttered my brain.

But before I could spiral any deeper, Vince’s guitar feedback screeched out, a high hat counted us in and Hunter yelled, “WE’RE DON’T TELL SARAH AND THIS SONG IS CALLED, WELFARE BOOGIE”.

In kicked the band and we were off to the races.

And damn if it didn’t work.

By the end of our five song set the crowd was cheering and we were drenched in sweat from all the jumping around.

Was it the greatest performance of all time? No, but any musician can tell you about that electric feel you get when you’re in sync with a band, lost in the groove and flowing seamlessly, and on that night, on that stage, that electricity was there, and it felt great.

Ask any member and they can point to five or six other guys they know that are better players, and there are more radio friendly polished acts in the area, but I don’t think anyone has or creates as much fun as we do.

There’s just something special about this band, and I’m glad to be a part of it.