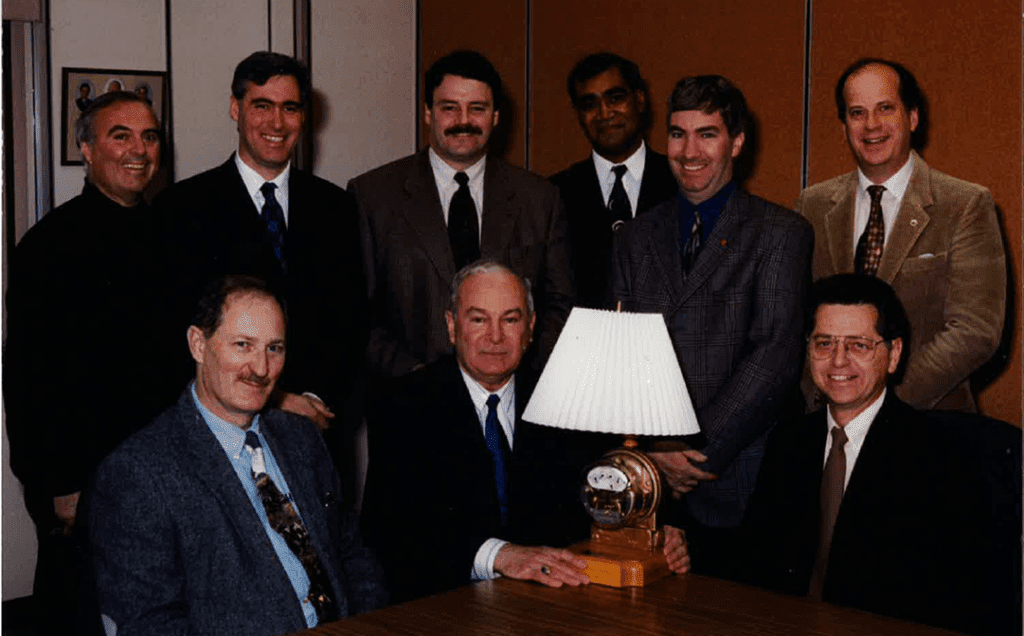 Most of Cornwall City Council’s regular meeting on Monday, September 23 was taken up with receiving a presentation by Dick Aubry and Ron Bergeron to mark the 21st anniversary of the sale of Cornwall Electric in 1998.

The sale of what was one of Canada’s very few municipally-owned electric utilities at the time, garnered the city a multimillion-dollar nest egg that has stood it in good stead ever since.

Both Aubry and Bergeron were presidents of Cornwall Electric during the negotiations to sell the city’s “crown jewel,” and Aubry was also a city councillor and the mayor for some of that period.

Also in attendance at the Council session were several other individuals involved with City Council or Cornwall Electric during these key transactions, with Aubry and Bryan Lynch the only two there from the start.

It was explained that the $64 million sale price in 1998 was used to gradually pay off the city’s debt portfolio of $47 million and create a “Progress Fund” that now stands at $25 million.

Since the sale, the Progress Fund has generated $20.5 million in interest that has been used to make “quality of life” donations in support of many local institutions such as the Cornwall Community Hospital, the St. Lawrence River Institute of Environmental Sciences, the Cornwall Hospice, the Agapè Centre, the Boys and Girls Club, the Benson Centre and the Aquatic Centre.

One wrinkle that could have stymied things was the January 1998 ice storm which delayed finalization of the sale from February 1 to July 31. However, the local utility under the able management of Ernie Jackson rose to the challenge of the storm, and Cornwall’s financial value was left unimpaired.

During the meeting, Council also:
• deferred making a decision on a request to designate the waterfront trail as a smoke-free zone in order to receive input from a concerned local organization;
• approved setting up an ad hoc committee of Council to review and provide recommendations to Council regarding the City’s Municipal Grants Program;
• approved sending a request to the Provincial Minister of Training, Colleges and Universities to consider the City of Cornwall as a possible site to build Ontario’s first French-language university, with copy to Premier Doug Ford, the Federal Minister of Tourism, Official Languages and La Francophonie, the Association française des municipalités de l’Ontario (AFMO) and MPP Jim McDonell.