Dr. Cadili’s Advice on Choosing General Surgery as a Subspecialty

by Editorial Board
in You May Also Like
Reading Time: 3 mins read
67 2 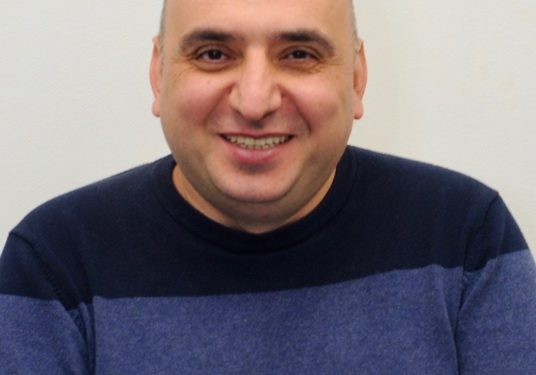 Choosing a subspecialty is a difficult decision to make. Dr. Cadili chose general surgery and explains more about that decision here.

Enjoying Leisure Time on a Yacht: A Full Guide on Doing it Properly

6 Advertising Tips That Will Help You Grow Your Business

How To Keep Your House Free Of Unwanted Bugs And Pests

Following General Surgery residency, it has become increasingly common to pursue subspecialty fellowship training. The possibilities for the choice of fellowship are diverse and vary across several vital parameters. One such parameter, for example, is the degree of relevance of the subspecialty to the field of General Surgery itself. For example, a Vascular Surgeon’s breadth of practice will have very little in common with that of a General Surgeon. On the other hand, a Breast or Colorectal Surgeon’s daily schedule may have a significant resemblance to or overlap with that of a General Surgeon. One person may think it would be odd and undesirable to undergo five years of training in General Surgery, spending most of your Operating Room time in the abdomen.

Another person, may look at that same proposition but hurl towards it to conquer new grounds or due to a fascination with the physiology and pathology of the heart, lungs, and esophagus. The subspecialty choices, of course, also vary across a wide array of other factors such as length of training, expected lifestyle after graduation, range, and complexity of operative procedures, among many others. The trick is to predict, with as much accuracy as possible, which subspecialty fits the best with your personality type and goals.

Dr. Cadili’s journey towards selecting a subspecialty in Surgery has been a somewhat tortuous one. For one thing, Dr. Cadili loved the field of General Surgery itself and did not feel a strong urge to commit to one specific component of it and completely let go of all the others. As such, Dr. Cadili made the conscious decision to delay the selection until a few years after practice. Many advised against such a move stating that it would be more challenging to leave the glory of being an attending surgeon with all the material and immaterial benefits that came with. Dr. Cadili never gave those warnings much weight. Ultimately, Dr. Cadili decided Surgical Critical Care/Acute Care Surgery, which allows for continued practice in General Surgery. Dr. Cadili looked at this as a confirmation that he was correct not to subspecialize before he felt ready.

Dr. Cadili ended up picking a specialty that keeps me well within the realm of General Surgery practice. Dr. Cadili chose a specialty that complements his personal needs, perceived deficiencies, as well as desires that were unveiled after a few years of practice. Making that life-altering choice during residency would have probably been based on temporary fascination, admiration for a mentor, or sheer convenience. Dr. Cadili observed some residence pick a fellowship based on what happened to be offered at their specific institution or, what was billed to them as a path for a more specific career track. Dr. Cadili, in no way, am saying these are invalid justifications but rather that reasons born out of real-life experience and introspection seem to ring true and resonate more with me.

A Career in General Surgery

Dr. Cadili completed his residency in General Surgery in 2012. After that, he embarked on a career in community General Surgeon that lasted for six years. The insights he has gained, however, from community practice has formulated a strong desire in me to pursue formal training in Critical Care Medicine. Dr. Cadili has found that the need for delivering the diversity of care required in an acute care surgical practice skillfully and thoughtfully remains, to this date, in dire demand and shortage.

A large number of practicing General Surgeons today are by default, heavily involved in the medical care of critically ill patients. The quality of this care and the consistency in which the highest quality of care is delivered to the full breadth of cases is somewhat variable. Also, the choice of medication and/or treatment plan used to treat a particular condition often falls back to what the surgeon is comfortable with and most experienced in. The reasons for these observations are many, but Dr. Cadili found himself answering yes to the question “could this patient be taken care of better by someone else? Somewhere else?” more often than he would like.

This is a question that Dr. Cadili feels should be asked every single time before deciding on whether to perform a procedure on someone. In an area, Dr. Cadili considers being the core of what he does as a General Surgeon; this was a clear call for me to reevaluate his expertise and overall practice.