by Editorial Board
in News and Announcements
Reading Time: 2 mins read
37 2
395
SHARES
263
VIEWS 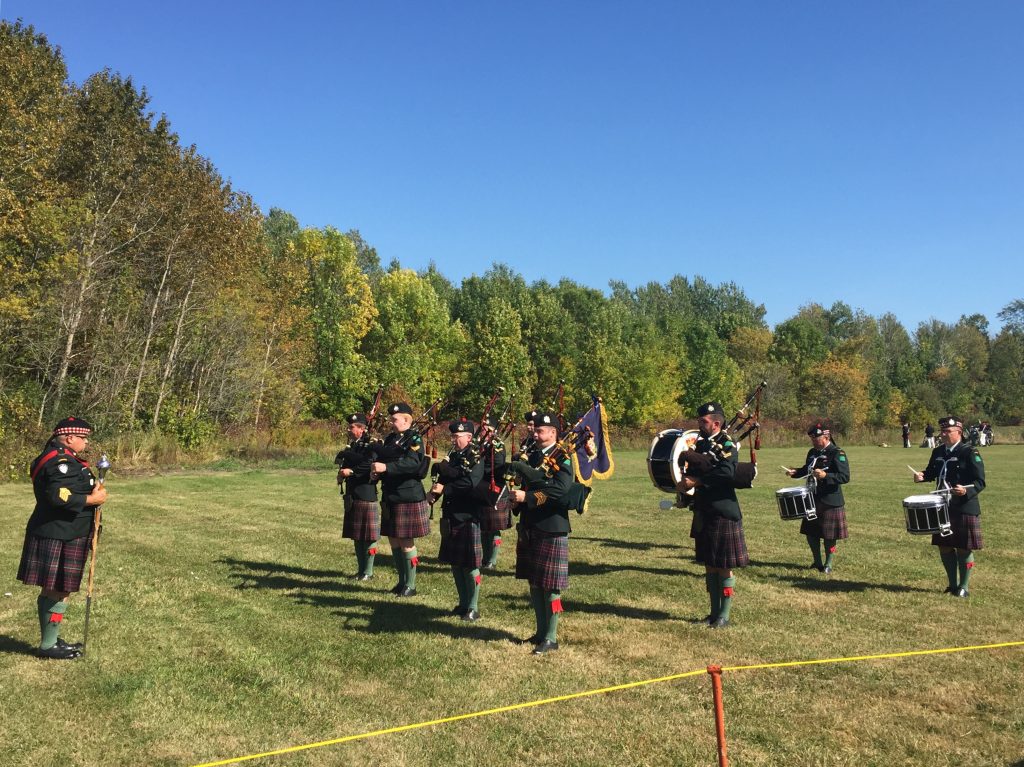 Ottawa, Ontario – This coming Remembrance Day will see a great honour bestowed upon the Regiment as the Pipes and Drums of the Stormont, Dundas & Glengarry Highlanders have been selected to participate in the National Remembrance Day ceremony at the National War Memorial in Ottawa. The ‘Glens’ or ‘Glengarrians’ as members of the regiment are colloquially known, will join the Pipes and Drums of the Central Band, Royal Canadian Air Force and lead the solemn parade of veterans through the downtown streets of Ottawa up to the National Cenotaph located on Elgin and Wellington street.

The Pipes and Drums of the Stormont, Dundas & Glengarry Highlanders is primarily composed of military personnel, all of whom are qualified soldiers that have completed formal military training. They are augmented by a small group of associate pipers and drummers, many of whom are retired veterans or family of active service personnel.

The Regiment will also participate in Remembrance Services in Williamstown, ON (11:00am, 10 Nov), Lancaster, ON (2:00pm, 10 Nov) and on Remembrance Day itself in the Alexandria, ON. The regiment will be participating in the Alexandria service as a way of paying respect to those from North Glengarry who gave their lives in the defence of Canada and as a way of paying tribute to the town of Alexandria during its 200th Anniversary year. Throughout it’s over 150 years of service to Crown and Country, a significant number of soldiers who have served under the Colours of the Stormont, Dundas & Glengarry Highlanders have hailed from Alexandria and the greater North Glengarry.

The Stormont, Dundas & Glengarry Highlanders is an Army unit of the Canadian Armed Forces which is headquartered in Cornwall, ON, and which recruits primarily from the United Counties of Stormont, Dundas & Glengarry. Predominantly part-time in nature, soldiers of the Glens serve the community and Canada in times of conflict, crisis and natural disaster on a voluntary paid basis. The regiment is continuously seeking dedicated community members to join its ranks. Service within this historic regiment is compensated with competitive pay and benefits, and offers both flexible part-time employment and full-time opportunities as a member of Canada’s Army Reserve.