Polio Event hosted by The Rotary Club of Cornwall 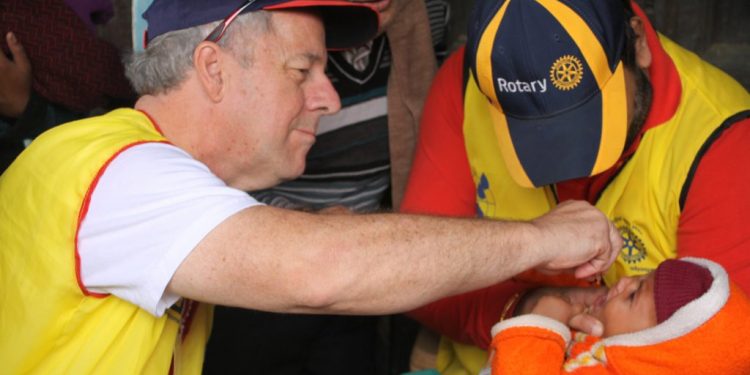 Cornwall, Ontario – The Rotary Club of Cornwall Sunrise hosted a dinner for Rotarians and friends to mark the historic progress that has been made toward a polio-free world. This will be a time to urge the community to become aware of the lasting effects of this paralyzing disease and the need to remain vigilant in order to completely eradicate this terrible disease from the world. This polio awareness event took place on October 16th, 2019 at Glen-Stor-Dun Lodge.

World Polio Day is held on October 24 each year to raise both awareness of the risks presented by the wild polio virus and to raise funds to help rid the world of polio. As a highly contagious disease, the virus is only a plane ride away until the disease is completely eradicated! When Rotary and its partners launched the Global Polio Eradication Initiative more than three decades ago, polio paralyzed 1,000 children every day. We’ve made great progress against the disease since then. Polio cases have dropped by 99.9 percent, from 350,000 cases in 1988 in 125 countries to 33 cases of wild poliovirus in 2018 in just two countries: Afghanistan and Pakistan. We remain committed to the end.

With polio nearly eradicated, Rotary and its partners must sustain this progress and continue to reach every child with the polio vaccine. Without full funding and political commitment, this paralyzing disease could return to polio-free countries, putting children everywhere at risk. Rotary has committed to raising US$50 million each year to support global polio eradication efforts. The Bill & Melinda Gates Foundation has pledged to match that 2-to-1, for a total yearly contribution of $150 million.