What You Have to Know About Gustav Klimt Artworks 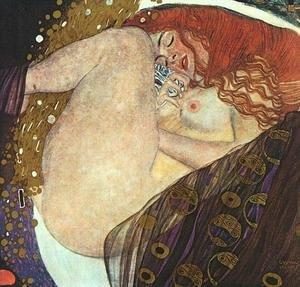 Gustav Klimt was a one-of-a-kind artist that brought his own personal style to the table even when the opinions of the audience were stacked against him. No matter what anyone was saying about Gustav Klimt art at the time, the artist never broke his stride. But, there are still some interesting facts about his work and life that might give you a new perspective on this art history giant.

He Didn’t Start On His Own

One of the biggest blessings for any new artist is the support of a family in what they do. Luckily, Klimt had artistic support in spades. With artistic parents and a painter for a brother, art was easily a family passion.

This is interesting because it served not only to encourage him when he was young but to kick off his career. Klimt, his younger brother Ernst, and a friend of theirs named Franz Masch all worked together as a trio called the Company of Artists that catered to the upper class in Vienna. The group was more monetary than creative, though, and they hung up personal style in favor of catering to the historical preferences of their clientele.

The group didn’t go unnoticed either. In 1888, Franz Josef I, the emperor of Austria-Hungary, awarded them the Golden Order of Merit for their work in the Vienna Burgtheater and in the Kunsthistorisches Museum.

Klimt was a fan of using women as his subjects in his paintings. Among these paintings, he often chose to leave his subjects nude. This was the case in many of his most famous pieces including Water Serpents, Judith I, Goldfish, and Allegory of Sculpture.

Klimt Stepped Outside of Traditional Mediums

As an artist, Klimt was uniquely limitless and he often displayed this by using unexpected materials in his artwork. His most well-known foray into the unexpected was the period in which he used gold flakes in his work.

This inspiration likely comes from Klimt’s father, Ernst the Elder. Ernst was a gold and metal engraver as well as a talented painter in his own right. His younger brother also worked in gold carving sometimes, tying the concept close to the two men in his life. This close connection and interesting matchup of professions gave the world the gold-tinged masterpieces that Klimt would later produce.

The start of the use of gold in his artwork wasn’t completely unprompted. Klimt had a clear, cataclysmic event in his life when his brother and father died within a year of one another. The effect it had on him personally can be seen in the rapid shift into more symbolic and intricate art.

Gesamtkunstwerk was a concept attributed largely to Richard Wagner, a German composer. Translated, the word roughly means “total artwork.” In other words, it was an homage to the intersection of the arts. In particular, the visual arts, performing arts, and architecture were starting to be seen as a coherent group.

While Klimt didn’t found the idea, he did serve as a great example of a Secessionist with an interest in the concept. This was put to work when he created his piece called Beethoven Frieze. The massive artwork was applied directly to the walls in the Secession building and served as part of the 14th Secessionist Exhibition which was a tribute to Beethoven.

A Womanizer, but His Muse Was Not His Mistress

At no point in his life did Klimt settle down or hide his love for women. The affairs he had are practically countless and he fathered at least 14 children throughout his life. Interestingly, the woman that he was around the longest in his life was probably never one of his many mistresses.

Despite the close nature of their relationship, the evidence that historians have today suggests that it never became intimate. Instead, Klimt and Flöge showed each other a mutual respect and a shared appreciation for one another’s intelligence. Over the years, she has been attributed as the subject of many of Klimt’s masterpieces including The Kiss but it’s hard to be sure.

Gustav Klimt became a huge name in art for a reason. He had a blend of talent, passion, and drive that propelled him to the top. This was even true in his lifetime where more conservative minds tried to silence his art and his passion is still tangible just by looking at his work today.