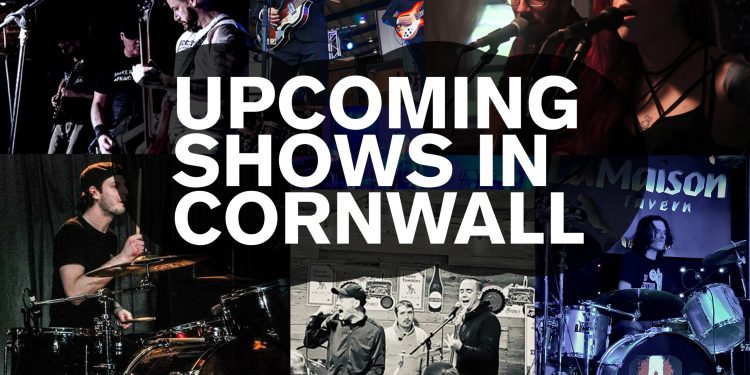 You want a cold beer and some great live tunes? Well here’s your guide to upcoming shows in the next few weeks.

What a killer lineup.

We have the human metronome, Taylor Mills-Thompson, on drums, on bass we have high energy performer, Connor Ratayczak, and of course, leading the charge, is the ever talented, Chris Benton.

These rockers are fresh off recording two new singles (set for release in the Spring), and are making their official debut February 15 at La Maison but you can catch a special sneak peek this Thursday at La Maison’s Battle of the Bands where they’ll be dropping in to deliver a few songs.

Don’t miss out on these guys.

With a self-described hatred, “for all things pop culture”, this band delivers on the punk rock goods with catchy chants and high speed riffs. Yet these aren’t your father’s Sex Pistols, these guys have some metal in them, and bring ferocious guitar solos to the stage. Unreal band with a ton of great dynamics to their music.

Recently signed by Spuds Records, Don’t Tell Sarah and I will be delivering our headbanging hard rock tunes Thursday, January 30 at the Battle of the Bands at La Maison. Watch as we try not to bump into each other on stage.

Genre: acoustic acts of all genres

If you want an intimate, stripped down show, then get yourself down to O’Neil Studios. This open mic attracts a ton of talent and is a lot of fun.

And hey, if you get inspired and want to learn a new instrument, sign up for lessons while you’re there. Ryan’s one of the best teachers out there.

These guys are phenomenal, it’s not just a music performance, it’s a show.

There’s choreography, costume changes, and a perfect note for note delivery of Beatles songs that’ll have you dancing the night away.

A ton of fun. Buy tickets while you still can.

Their music is gorgeous.

Funky, soulful, catchy, these guys will get you on the dance floor.

Their vocalist has this unreal raspy voice that mixed with the hip swaying funk beats of the band makes for one heck of a sound.

Don’t miss out, especially since they’re playing with—

I cannot emphasize this enough, YOU NEED TO SEE CASTLES.

They’re an incredible acoustic trio who cover everything from Britney Spears to Fleetwood Mac.

It is sonic perfection.

Singer, Tayla LeBlanc, has this creamy smooth voice with an incredible vocal range that while soft commands your attention. And as if having one great vocalist wasn’t enough, they have ex rocker, Marc Thompson’s soulful, and just hands down, beautiful voice.

And then you add in Adam Gibeau’s superb bass playing and you’re in for one heck of a show.

If you haven’t seen Castles you’re doing yourself a disservice.

Why The Gig Economy is so Popular in 2020