Vaping for Teenager: Everything You Should Know

by MainAdmin
in News and Announcements
Reading Time: 3min read
0 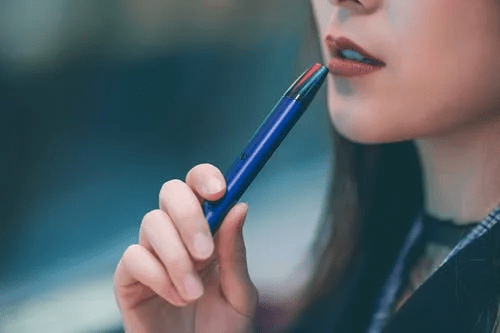 While cigarettes have been used for ages, vaping rates have gone up in recent years, particularly within the younger generation. Electronic cigarettes become the most frequently purchased tobacco products by teenagers. The number of high school students consuming E-cigarettes, far exceed traditional cigarettes.

E-cigarettes are small devices that are operated by batteries, they have a liquid-filled container that usually contains flavors, nicotine, and other chemicals. A lot of people think vaping is less harmful or is a healthier option as compared to cigarettes. But, is this information true or doubtful?

Here are some facts about vaping every teenager should know.

It may be less harmful, but it’s not all safe

Nicotine, flavored syrup, and other chemical ingredients that are heated by E-cigarettes produce the vapor you smoke. The regular tobacco cigarettes, most people smoke, include an uncountable number of chemicals that are extremely harmful. However, recently there was an epidemic of vaping-related lung deaths and injuries. The CDC has reported over 50 fatalities with lung injuries associated with the drugs used in E-cigarettes. Furthermore, they gave serious instructions to people who procure a vaping device using unofficial outlets, such as friends or online dealers.

It’s becoming more addictive than ever

E-cigarettes are far more common among young people than any regular tobacco products. In 2015, it was announced that the number of E-cigarette users in high and middle school reached 900% as compared to the previous year, and almost half of them weren’t even familiar with regular tobacco. The biggest problem with this habit is that it got mixed up with various types of drugs. That is why with the rise of teen vaping, Clint Broden of BrodenMickelsen.com explains why some schools are taking discipline measures that can leave teenagers facing felony charges for the possession of illegal drugs. In fact, there are a lot of appealing reasons why students are becoming more addicted to vaping, such as its flavors and ease of access.

They’re bad for your heart and lung

Nicotine is the main factor, and it’s incredibly toxic and addictive. When you desire a cigarette and suppress that feeling, you’ll surely experience withdrawal symptoms; this is a clear sign that it’s addictive. Nicotine is also a dangerous substance. It boosts your blood pressure and stimulates your dopamine levels, which raises your heart rate and increases the risk of a cardiac arrest. So, does this mean it’s bad for your health? Well, there are several unanswered questions about vaping, such as the long term effects on your physical health. However, exposing your body to chemicals whose effects on the body are still not understood might not be a smart move.

The long term effects of vaping on wellbeing are still not documented, they’re addictive, cause mental impairments, and toxic. How many more reasons must a person need to stop such a habit? Take control of your life, now that you understand the dangers of vaping. If you’re having a tough time stopping, you can always seek help from your healthcare provider or your social worker at school.

by MainAdmin
News and Announcements

How to Get Rid of Fleas in Your Home and on Your Pets?