by Editorial Board
in News and Announcements
Reading Time: 2 mins read
194 14 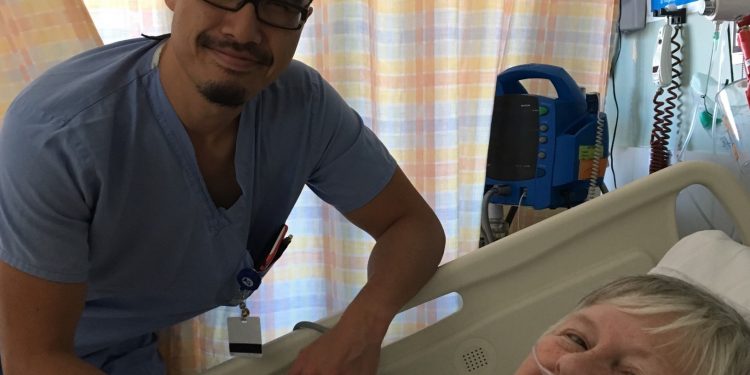 What goes around, comes around.

This rings true for a local refugee sponsor family. Lynda and her husband Peter were part of group that sponsored a Vietnamese family back in the 1980s “When the process was a bit easier,” adds Peter. They still keep in touch with members of the family, 40 years later. But during those 40 years since, Lynda and Peter Jack kept busy. They had 6 children of their own, were foster parents for 34 years to over 130 children and now have 18 grandchildren. They endured one house fire and a barn fire, but remained positive and active members within their community and church. Just recently, they were part of a group that sponsored another refugee family from Syria who arrived to the area in November 2019.

Lynda was recently diagnosed with Achalasia, a serious condition of the esophagus which affects approximately 1 in 100 000 people. The lower esophageal sphincter is a muscular ring that closes off the esophagus from the stomach. In patients with achalasia, the sphincter fails to open during swallowing, which can lead to severe swallowing difficulties, this then can lead to malnutrition and undesired weight loss.

Lynda decided to seek help for this worsening condition and Dr. Yen Dang, surgeon at Cornwall Community Hospital diagnosed her condition and performed minimally invasive surgery to split the lower esophageal muscle allowing for easier swallowing. She has made a full recovery. When here in the hospital recovering, the Jacks shared with Dr. Dang their story of being foster parents and sponsors for refugee families and he was surprised to find a common link.

Dr. Dang is Vietnamese and his own family came to Canada as refugees in 1979. Like the Jack family, the Dang family still keep in touch with their sponsor family in Hamilton Ontario. At that time, after the Vietnam War, many refugees from Vietnam were looking for a safe country for immigration. Many charitable groups responded to this call and Canada opened its arms to welcome those escaping war and suffering. “My parents and older brother landed in Canada in December 1979 and I was born shortly thereafter. I have always grown up feeling grateful to those who saved my family and gave me a chance to grow up in a safe country with access to education and health care. I am very fortunate to now be in a position where I can help others. I was especially delighted to be part of Mrs. Jack’s care after learning about her own involvement with refugee families. In a small way, I felt like it was my opportunity to give back and to thank someone who had helped a family like mine,” shares Dr. Dang. “I like to believe that kindness goes around.”

Lynda is also grateful for Dr. Dang. “My quality of life has improved tremendously since the procedure. I think Dr. Dang is a very approachable, compassionate and amazing surgeon with a great bedside manner” she says, “good things happen to good people.” What goes around comes around indeed!