by Editorial Board
in Business & Finance
Reading Time: 4 mins read
60 1 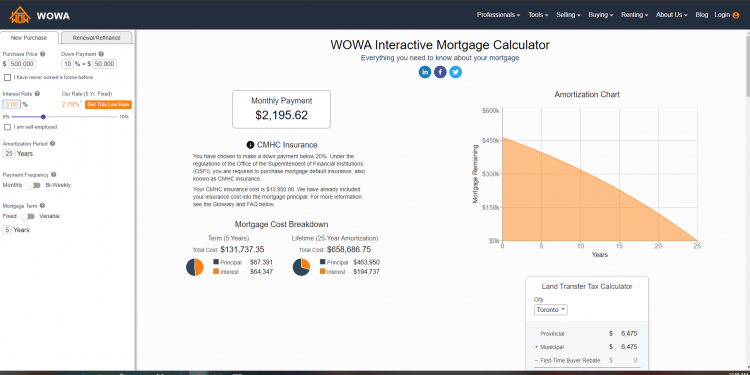 Since its introduction by the Canadian Government in late 2017, mortgage stress testing has been met with mixed reactions. Although a well-intentioned policy to ensure Canadian home buyers aren’t stuck in a house whose monthly mortgage payment they are unable to meet up with, mortgage brokers and lenders argue that these new rules are slowing down mortgage lending in Canada, especially in prime real estate markets such as the Toronto and Vancouver areas.

5 Tips for GIC investments in Canada

Can you pay your mortgage comfortably if the interest rate goes up?

This is the one question which mortgage stress testing was made to answer. As interest rates are still currently at an historically low point and they might  rise sometimes in future, there’s a need to test your financial capability to pay this potentially higher mortgage in the future, as if you are unable to do so you’d be forced to default and consequently, lose your home. It should be noted that if an interest rate jumps from 3% to 5%, the total lifetime cost a $450k mortgage with an amortization of 25 years will jump from $659k to $810k according to Wowa monthly mortgage payment calculator. This means that the lifetime interest cost of the mortgage will increase from $195k to $346k for the same mortgage.

Hence, this new mortgage rule was put in place to protect a borrower from taking on more debt in form of mortgage, than is commensurate to the person’s monthly income.

When you apply for a mortgage, your mortgage affordability is determined using the higher rate of either the Bank of Canada’s five-year rate which is currently at 5.19% or the rate your bank offers plus 2%- whichever rate is higher is taken as the minimum qualifying rate to determine your  mortgage eligibility. You can check how much mortgage you can afford by using Wowa comprehensive mortgage affordability calculator in which the affordability is calculated based on seven models; all big five Canadian banks, CMHC as well as Wowa advanced model.

Banks mainly calculate how much an individual can afford by either using the Gross Debt Service Ratio (GDS) i.e. the percentage of a borrower’s pre-tax income that covers housing costs e.g. heat, lighting, property taxes; or the Total Debt Service Ratio (TDS) which covers for outstanding personal debts such as credit card debts, car loans, mortgage etc. To qualify, the GDS must not be greater than 32% while the TDS should also be less than or equal to 40% of pre-tax income.

The Impact of Mortgage Stress Testing

According to CMHC’s Residential Mortgage Industry Report, regulatory changes such as mortgage stress testing have resulted in a drop in the number of housing transactions conducted e.g. transactions dropped by 11% in 2018 and housing prices dropped by 4% and altogether, this resulted in a 19% decline in demand for mortgages.

In the same vein, there was a decline in insured mortgages, with there being 16% more uninsured mortgages at the end of 2019 than there were in 2015 before mortgage stress testing.

Also, because current homeowners are trying to avoid being subject to the stress test, they have been noted to stick with the same lender (renewals increased by 16%, while refinancing rate was only 12%)

While the stress test benchmark rate used to be at 5.34%, it dropped to 5.19% by July 22nd 2019 and by April 6, 2020 the benchmark rate will be calculated by the Bank of Canada using weekly median 5-year fixed mortgage rate and an added 200 basis points. It is expected that the calculated new mortgage will be roughly equivalent to the current benchmark of 5.19%, the only difference being that this new rate will fluctuate weekly. Hence, there is a need for continual monitoring especially if you would soon be undergoing the stress test.

Notwithstanding, these new changes don’t have any significant impact immediately. Also, as many experts think central banks may lower their rates significantly by 2024, banks mortgage rates will reduce, and as such, the stress test will automatically reduce.

Watering down the mortgage stress test might not be in the interest of the government of Canada when there are many homebuyers who have a high debt to income ratio, or who for whom increased interest rates could lead to them becoming mortgage defaulters. Regardless, with a recession looming, the mortgage stress test would have a reduced benchmark rate, giving more freedom for purchase by homebuyers.

5 Worst House Pests and How To Eliminate Them