Your Music Guide to Rock For Ryann 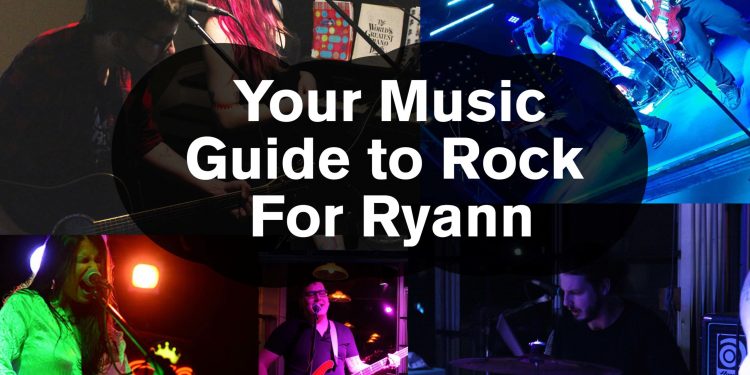 (Rock for Ryann is a benefit concert to raise funds for, Ryann O’Byrne’s, cancer treatments. To donate click here)

Ryann O’Byrne is the mother of three children, has been diagnosed with cervical cancer and is facing expensive medical bills.

Fortunately, the Cornwall music community is doing something about it.

So dive head first into a mosh pit, or sway back and forth as an acoustic guitar serenades you because this Thursday comes, Rock For Ryann, a benefit show at La Maison to raise money for Ryann’s cancer treatments.

And lucky for you, we have the inside scoop on the stellar acts donating their time to this great cause.

8pm – Mena Hardy (for fans of Lynyrd Skynyrd and Jet)

Alexandria’s gift to rock and roll.

Mena’s got a killer voice and the guitar chops to match it. Chalk full of rock swagger, Mena leaves it all on stage and is one of the best acts to catch live.

If you’re a fan of classic rock, this is the act for you. (check out a few of her tunes here)

Next up, we go punk rock with Green Day cover band–

Have a blast singing along to ‘When I come around’ and ‘American Idiot’ as it’s played by some of Cornwall’s very best.

With a lineup consisting of Joel Cheffer, Taylor Mills-Thompson and Connor Ratayczak, you can trust that you’re in good hands. These guys are experienced players and bring a ton of energy to the stage.

I can’t emphasize enough how good these guys are as musicians.

After they rock the house is the amazing acoustic act, Castles.

9:15 pm – Castles (for fans of Lumineers and Mumford and Sons)

An absolute gem on the acoustic scene, this band covers CCR, Mumford and Sons and a host of other bands to sonic perfection.

Comprised of Marc Thompson (singer/guitarist), Tayla Leblanc (singer) and Adam Gibeau (bass), Castles will blow you away with their amazing harmonies and unreal ability to shake up classic songs.

Plus, they’ll have you laughing with their playful stage banter.

As the bassist in this band I can say with full assuredness one of the members in Don’t Tell Sarah is bound to roll around the ground at some point…we just can’t help ourselves.

Jokes aside I love these guys and know you will too. Alex Hunter has the vocal range of Axl Rose and is an unreal frontman, Vincent Montpetit is an out of this world guitar player and a true original, and Nicholas Upper is a fantastic drummer with some top notch fills.

If you’re into hard rock then this is the band for you.

Rock For Ryann is such a great event and really shows how tight knit the music scene and area is.

So come on out, enjoy some tunes and support a great cause.

Rock For Ryann will also feature a silent auction and 50/50 draw. For more info click here.

Statement from City of Cornwall re: Government of Canada evacuating Canadians on board Diamond Princess cruise ship to the NAV Centre