An Interview with Erick Bouaziz – Starting an Addiction Treatment Clinic

by Editorial Board
in News and Announcements
Reading Time: 4 mins read
98 2 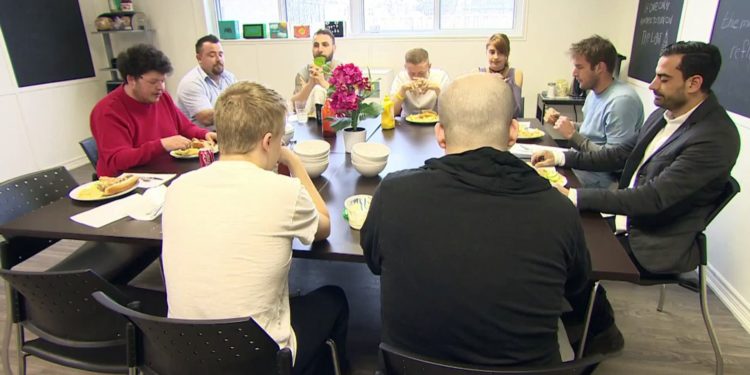 It’s unfortunate to have to say, but addictions in North America have been on the rise. Today, there are more than twenty million people in the United States alone who have required treatment for substance abuse, but only about four million people actually received treatment. Not only that, but of those millions abusing drugs, less than six percent of them actually believe that they needed help.

This has resulted in a pronounced need for intervention and addiction treatment across North America. We consulted with one of the experts, Erick Bouaziz, on these shocking trends and what’s needed to properly treat people with addictions today.

“The cost to the average taxpayer for alcohol and illicit drug use is about 38 Billion Dollars just for health care and the overall cost for these kinds of substance abuse is over 400 Billion Dollars a year. That’s why I decided to start a treatment clinic.”

Erick leaned back in his office chair in a white-walled room that made up his office. There are stacks of files around him, presumably, for many of the patients he’s treating. “I started this clinic ten years ago with the hope of changing some of those statistics for the better and I hope I helped.”

Once we asked how he got started, he smiled and looked up at the ceiling. “There are probably a lot of people out there who would get a loan, but I was lucky enough to get investors.” When asked how he said that he started by showing them the statistics before even getting to his business plan. “I think what really made the difference was showing them just how many addicts weren’t getting the help they needed. That showed just how much growth there was and still is.”

Getting investment proved to be just the beginning. A solid approach and an experienced staff were essential to making sure his treatment center would be effective. “I knew that I needed a good approach to addiction treatment and I was wise enough to know that I couldn’t do all of that by myself. It would have required, like ten degrees, to get all that information! So, I put together the people I needed to make everything work and to develop the approach we needed.”

Erick went on to state the importance of having a top-notch team to give him the information he needed to make an informed decision on how to run the clinic. “It was my team that created our approach and it was because of that that I chose the best counsellors, nurses, and addiction specialists out there.”

His team approach is what he toted the most in how his whole business came together. “Those guys really know what they’re doing and it was one of my counsellors who used to work in a government office who told me where we really needed to start.”

Erick Bouaziz’s clinic takes a more proactive approach to treatment, beginning with patients before they even step through the door. It’s this approach that he credits with their high rates of successful treatment for drug addiction. “That counsellor told me that we need to start with the family before they even get here. We encourage family’s who are worried about a loved one to approach us on what to do before they even say “rehab” to them.”

Interested in this different approach to rehabilitation for drug addicts, we continued that line of questioning and discovered that this proactive approach gets Erick and his team hitting the ground sooner and with positive results. “We have our site set up to attract people who want to get help for their family members and friends who have an addiction but don’t know how to help them.”

“By doing that, we can help those families host an intervention that’s carefully timed and structured to make sure that the addict feels safe, loved, and most importantly, no pressure to make the right choice.”

Erick believes that an all or nothing approach can backfire, which is why he tries for a carrot versus the stick approach. “Telling an addict to receive treatment or get out will usually result in another homeless person with an addiction. Keep in mind that most addicts don’t feel that they need help.”

Bouaziz’s clinic stresses their approach is to show the addict that he wants help. “We show them how much their family cares about them and that they’re going to be safe and loved during this process. After that, we have great staff to guide them through rehabilitation with healthy habits and good counselling. That’s it really: good investment, good staff, and a good approach.”

Erick paused at this point to add one final point: “Oh, and an accountant from hell, naturally!”

Is It Worth Having a Health Care Spending Account?