by Editorial Board
in News and Announcements
Reading Time: 2 mins read
82 3 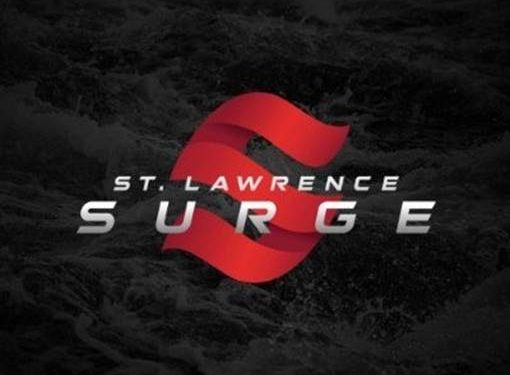 On Thursday, April 30 at its virtual athletics awards ceremony, St. Lawrence College (SLC) unveiled the new name and branding for its teams, unifying the three campus teams under one name: St. Lawrence Surge. The new name brings together the three previous separate identities for each SLC campus: Vikings in Kingston; Schooners in Brockville; and Sharks in Cornwall.

While all three names had an association to water, the names and branding were not aligned with the SLC corporate brand or closely associated with the waterway that defines our region and college, according to Kevin Biggs, Manager, Athletics & Student Engagement at SLC. “St. Lawrence Surge unites our campuses and athletes around a concept that reflects SLC’s values, region, and communities.”

SLC previously held three memberships within the Ontario Colleges Athletics Association (OCAA), the provincial governing body of collegiate athletics. “While this model for varsity sports was once relevant, our tri-campus model of varsity sports became unsustainable,” Biggs said. “St. Lawrence College was the only college in Canada with this model, and we were under increasing pressure internally and externally to adopt a model that aligns with the rest of the college sector in Ontario.”

In 2017 the decision was made to move to one consolidated OCAA membership, uniting all three campuses together, effective for the 2018-19 school year. Until now teams competed as Vikings while the rebranding process was underway.

“The rebrand process was collaborative, with consultation from student governments, alumni, and SLC’s marketing team,” according to Biggs. “A big thank you needs to go to everyone involved. The essence of St. Lawrence Surge is the power resulting of things coming together, as was evident during the rebranding process.”

SLC Athletics will begin using the new Surge brand with new team uniforms, updating branding on all three campuses, and acquiring a new team mascot. Updates will be posted on the website, www.slcsurge.com, and on social media.  St. Lawrence College will honour the history of all its sports teams by creating an archive in a Varsity Hall of Fame on the Kingston campus.

“I’m so proud of the work that’s been done these last few months to create a team name and branding everyone at SLC can get behind and cheer for,” said Glenn Vollebregt, SLC President and CEO. “I look forward to watching our athletes surge forward to victory.”