Freight Shipping: Unpacking the Paperwork You Need to Know

by Editorial Board
in News and Announcements
Reading Time: 4 mins read
48 0 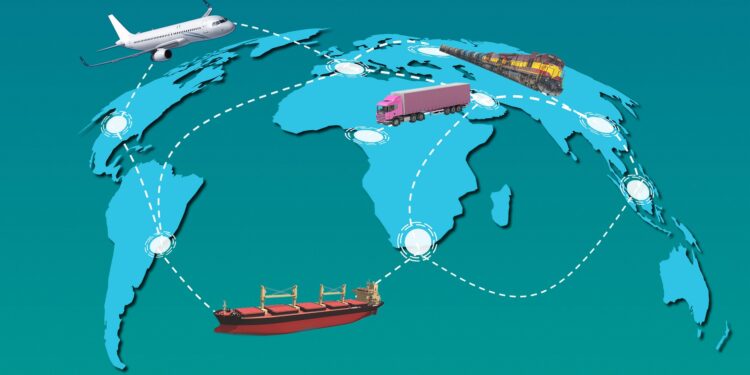 Freight shipping (or freight transport as it can also be called) is a massive network of public and private systems criss-crossing the globe every day, moving millions of tons of goods and generating more than $7 trillion of business annually. Whether moving products by train, truck, ship, or air (or some combination of these), freight shipping is clearly a huge business with direct impacts on every country and every city in one form or another.

Like any other industry, freight shipping as a language all its own, which is often confusing and even daunting to buyers, sellers, or newcomers to the business. This article will be an introduction to some of the special terms and abbreviations that everyone looking to send or receive freight should know.

A key document in any shipping transaction is the Bill of Lading (also known as a BOL or B/L), which should be completed for every shipment. It serves as a binding contract between the shipper and the person or company receiving the goods. A basic BOL has three main purposes: it acts as a formal receipt that the supplier has loaded the goods onto the freight company’s (the carrier) vehicle and that the receiver has unloaded from freight company’s vehicle; it provides a clear description of what goods are being shipped; and it provides a clear statement of who is shipping (the supplier) and who is receiving the goods (the buyer). Almost every BOL also has a list of Exceptions that detail the circumstances when a carrier will not be held responsible for damage to a shipment or inability to deliver on time. Some common Exceptions include natural disasters (also known as an Act of God), riots or strikes, or a bridge or tunnel that is unpassable for reasons beyond the control of the carrier.

An important piece of information that often appears on a BOL is what is known as the FOB (Free on Board) terms. If a shipment is marked FOB Origin the responsibility (and risk) for all goods are shifted to the buyer, the moment the supplier loads the good onto a carrier’s vehicle. If the BOL is marked FOB Destination, the responsibility (and risk) stay with the supplier until the goods are unload at the location marked on the BOL. In some cases, the BOL might note FOB NYC or FOB LAX (or some similar specification), which means that the supplier/shipper will pay for all freight charges to New York City (NYC) or to Los Angeles International Airport (LAX). Any additional shipping charges (from New York City to New Jersey, for example) will be the responsibility of the receiver/buyer.

A common business document that often accompanies a BOL is a Freight Bill, which is more focused and comprehensive than a standard BOL. It describes the shipment in greater detail including its overall weight as well as the payment terms: if the shipment is prepaid, the supplier pays all shipping charges and if it is collect the buyer pays. The Freight Bill also indicates any taxes and additional charges that will need to be paid as part of the shipment. For some smaller shipments there might be a minimum charge noted (the lowest cost that the carrier will accept for any load) or an LTL (Less-Than-Truckload) surcharge when a carrier fills a truck, for instance, with shipments from ten different suppliers in order to avoid moving a half empty truck across the country.

The third most common piece of paperwork is a Waybill, which is a non-negotiable document prepared by the carrier at the point of origin (when loading at the supplier). This document shows some of the usual information (shipper/supplier, receiver/buyer, and charges to be paid) as well as details about the route the shipment will take. In some cases, a shipment might move between a truck, a railcar, and a ship (or some other combination). When this occurs, the shipment is noted as being intermodal or multimodal(moved by more than one type of transportation).

On occasion the total number of goods received is not the same as is noted on the shipping documents (the BOL, Freight Bill), and any customs paperwork). When the item number is higher than what is noted, an overage has occurred. In these cases, the additional items are held at a shipping terminal (a location used for preparing shipments within a city) while an overage claim is reviewed to figure out the reason for the discrepancy. In cases when the number of units received is less than the total noted, a shortage has occurred. In these cases, the outstanding units might be delivered later or a shortage claim is generated for review.

With this basic paperwork in place, freight shippers ensure that all parties involved in every shipment (shipper, carrier, and receiver) enter each transaction with clear and detailed roles and responsibilities. More importantly, these simple documents one of the many reasons that shipping goods around the world is a safe and effective for buyers of all types.