by Editorial Board
in News and Announcements
Reading Time: 2 mins read
53 0 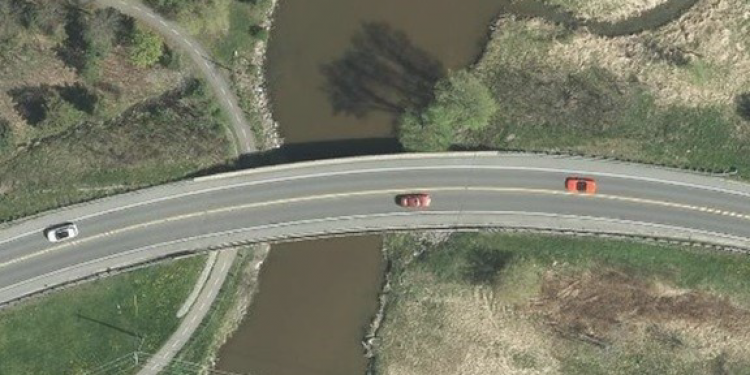 THE COUNTY, Ontario – The United Counties of SDG, through a private contractor, has begun the reconstruction of the Gray’s Creek Bridge, located on County Road 2 at Boundary Road. This work is expected to continue until November and will result in the full rehabilitation of the bridge.

Starting July 6, the bridge will be closed to vehicular and cycling traffic. A detour route has been created that includes Purcell Road, Tyotown Road and Boundary Road. Bicycle lanes running under and adjacent to the bridge will likewise be closed to the public until the work is completed. The work will not impede the transit of watercraft to and from nearby Gray’s Creek Marina.

“We understand that this large project will have an impact on people who typically use Gray’s Creek Bridge as a means to travel to and from the City of Cornwall and South Glengarry,” said Transportation and Planning director Benjamin de Haan. “We appreciate the patience of motorists and cyclists as we work through this important reconstruction and look forward to the completion of the project as quickly as possible.”

The project is characterized as a ‘comprehensive rehabilitation’; which is a major repair; often only occurring one to two times during a bridge’s life.

The following work will be taking place:

The estimated cost of the project is $1 million.

Gray’s Creek Bridge is approaching 55 years of age. While regular maintenance of the bridge has been undertaken in the past; County staff have identified the need for a full rehabilitation because of the failing condition of the deck, leaking expansion joints and damaged railing.

The Gray’s Creek Bridge is a vital link within our road network, and, this timely rehabilitation is intended to ensure that it remains in-service for another 50 years before a full replacement is required.

The alignment of the bridge is one of the major reasons why it is difficult to partially close the bridge during the rehabilitation. As noted in the image above, the bridge is on a curve; creating significant challenges when a contractor must dig down and work in a hole adjacent to live traffic. Given that the expansion joints are being removed, it has been determined the safest and most efficient way to complete the work is a full closure.