Indoors With the Outdoor Club

by Sylvie O'Rourke
in Leisure & Lifestyle, News, You May Also Like
Reading Time: 4 mins read 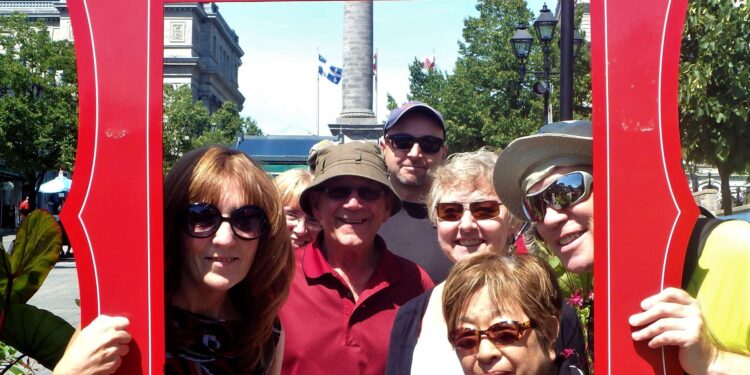 It is said that absence makes the heart grow fonder.  No words have ever been truer than at this moment.  I miss the interactions with my Outdoor Club family.  Seeing their smiles and hearing their laughter now appear but a distant memory.  A lifetime ago, or so it would seem, we held our last event, sharing pancakes and conversation at the Sand Road Sugar Shack.   As I look at the Spring/Summer Schedule draft lying abandoned on my desk, I cannot help but wonder when life will start to trickle back into some semblance of normalcy.  Virtually overnight, life’s pace went from full-throttle to sputtering stop; at least it did for me.

While group activities are at a standstill, I’ve had the pleasure of conversing with some members from the comfort of my sofa.  As expected everyone is longing to resume club outings, whenever that might be.  Eager to do some reminiscing, I polled our members and asked them to share some of their most memorable events.  Here is what some of them had to say:

“For me,” says Huguette W. “it is the camping trips, the bonfires and the cottage weekends, and mostly just being with the many friends I have made.” Among his favorite memories, Bill S. lists his fist snowshoe climb up an Adirondack mountain and a full-moon paddle on the St. Lawrence River where he saw the sun set on one horizon and then watched the full moon rise on the opposite one.   Canoeing enthusiast, Linda V., is also a fan of paddling events.  For her, it was canoeing trips with club members on various parts of the St. Lawrence River.  Among them was Hoople Creek and seeing the cormorants on Bergin Island near Long Sault.  She says that it is not something she and her husband would ever have done on their own, but that being on this mighty river was truly memorable.

Others listed memories of longer trips.  “My favorite trip was to Acadia Park in Maine,” says Gord H.  “There were lots of things to do such as whale watching, ocean kayaking, cycling, and hiking.   There was free transportation from our campground to the park.”  He mentions that there were lots of club members there and everyone would split into groups in the morning to do their individual adventures and then meet up for a meal and campfire.   Hiker Glenna R. says it was hard to choose a favorite, but high on the list was “the morning the clouds lifted as we walked from the sun gate to the entrance of Manchu Picchu.  It brought me to tears.  I was overcome with emotion.  We had hiked for three and half days on the Inca trail.  We got up at 3 a.m. to be at the sun gate for sunrise.  It was socked in.  We waited for the clouds to lift then started the thirty-minute walk along the cobblestone path built in the 1300’s.  When the clouds started to open we started to get glimpses of the ruins.  Then the sun peaked and slowly there it was.  So beautiful! ”

Others talk about more amusing incidents.  For Cobus T., it was getting lost in the Middle Lake swamp in Alexandria a few years ago while kayaking.  “We couldn’t find our way into Middle Lake,” he said, “after doing it at least five times in previous years.  Things had shifted.  The beaver dam and lodge had all disappeared that year.”  True to her character, Wendy S. reports having many memories of waking up at “stupid o’clock” (aka very early) and “not wanting to stop during extensive hikes due to the fear that rigor mortis” would set in.  In tongue-in-cheek fashion she describes her vision of having to be carried or rolled down a mountain.  I can just picture her swinging upside down from a tree by her snowshoes.  Her words not mine.

For me, it would be impossible to choose the most memorable events as there are so many of them.  However, if I had to pick just two, then the first would be cycling on the Waterfront Trail in the pouring rain because it was my initiation into the club and many lasting friendships resulted from that first encounter.   Next would be a walk in an old growth forest a few months later because that is where my husband and I had our first meaningful encounter which ultimately led us down the path to happily-ever-after.   Neither were elaborate events, but both definitely made lasting impressions.

No one is left untouched by physical distancing. I suspect that the first group paddle on a lake will be an emotional one.  I long for that special day when we will swap stories on a mountaintop once more, hear words of encouragement as we push through an arduous hike, and see eyes light up after a wonderful day outdoors.  At some point our club will slowly return to its beloved activities and when it does perhaps we will take the time to cherish these moments that much more.