by Editorial Board
in News and Announcements
Reading Time: 4 mins read
33 1 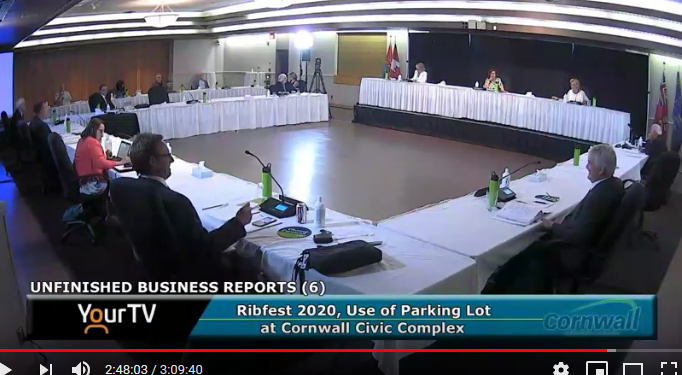 Gears you need for your apartment

Article 4 – Meetings
4.10 – Inaugural – time – place – held
Due to COVID-19, there is a declared state of emergency, resulting in council meetings being considered not accessible.

4.15 Town hall meetings
Madame Clerk will generate a policy for the implementation of Town Halls. Council can debate policy in the future when it arrives on the agenda.
There will be three Town halls per year and council will decide the date. At these Town Halls, residents of Cornwall can engage in open dialogue with council members to exchange ideas and information.

Article 8 – Rules of Debate
8.7 Speaking – duration – time limit – 3 minutes
Speaking time limit for each Councilor is limited to 3 minutes in length. Currently, this is not being stringently monitored at meetings.

Article 13 – Presentations – Delegations
13.3.2 (d) Time Schedule – questions
Currently, after a presentation, councilors collectively have only 5 minutes to ask questions. Council argued that some issues may be more complicated, and they may need more time to discuss. Council voted to increase the collective time to 10 minutes. Councilor Grant motioned to change 5 to 10 minutes (collectively for all councilors). Council Bennett seconded. Motion carried.

Article 15 Consent / Correspondence
15.5 Tenders
A section was added for Tenders, identifying that any tenders, quotations, or RFPs presented to council for approval should be listed under the Consent portion of the Agenda. This is important because items in Consent cannot be discussed individually, rather they are grouped together with any other items listed in Consent.
Councilor Hollingsworth motioned to delete 15.5 and it was seconded by Eric Bergeron. However, the motion was defeated. It was argued the section on Tenders will keep the meetings timely and concise. If an item needs to be discussed separately, a councilor can make a motion to move it from Consent and into Communication for further discussion.

Article 29 Motion – To Reconsider
29.3 Member – on prevailing side – moves to reconsider
A motion to reconsider a previous resolution, bylaw, question, etc., can only be made by a councilor who voted on the majority side of the original motion (either in the positive or negative). If a member was absent during the previous voting, they are unable to ask for that motion to be reconsidered. However, as councilor Hollingsworth argued, because the current council members are only part-time members, they may be unable to attend every meeting due to work responsibilities. Hollingsworth motioned to strike the word “not” from the phrasing, so it would then read that any councilor absent from a previous meeting (on the prevailing side), could motion to reconsider a topic in a future meeting.

Article 3 – General Provisions
3.1 Suspension – rules – two-thirds vote
Council returned to the beginning of the document to review Article 3.1
Councilor Hollingsworth motioned to have this section not debatable and councilor Hebert seconded. This motion is carried.

After amendments are made, a final draft of the bylaws will be brought to council at the next regular meeting to be voted on and adopted.

The next regular meeting of City Council will be held on Monday, August 10, 2020.

4 Tips For Reaching Your Financial Goals