A How-To Guide to Electric Bicycles

by Editorial Board
in News and Announcements
Reading Time: 5 mins read
44 3 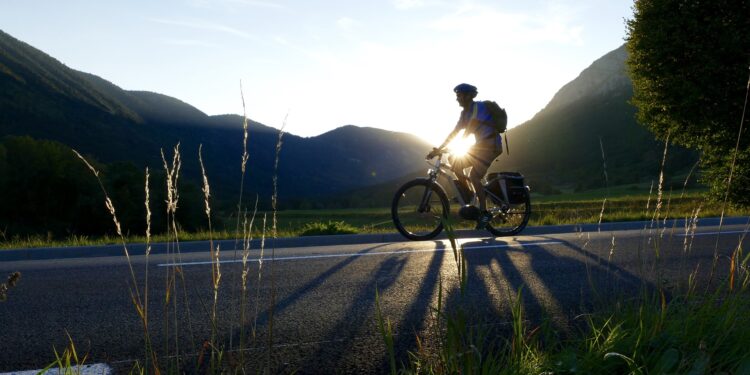 Finding the perfect electric bicycle in Vancouver is now easier than ever with this how-to guide.

Vancouver boasts the world’s longest uninterrupted waterfront path. At over 28 kilometres, the Seaside Greenway, including the Stanley Park Seawall, as well as Jericho Park and Kitsilano Beach are great areas for riding electric bicycles. Additional bike trails are available all along the downtown core, as well as the North Shore and Spanish Banks.

Electric bicycles first appeared during the 1890s, but truly came into popularity during the 1990s in Europe, China, India, and North America.

Electric bicycles are very similar to traditional bicycles, with the addition of battery-powered electric motors to help propel riders forward.

Electric bicycles can travel at speeds of 18 to 22 mph and depending on the model, can travel for 15 to 60 miles on one charge. The miles depend on a variety of factors, including one’s weight, the weight of one’s cargo, terrain, and wind speed.

Electric bicycles often cost about 6 to 14 cents a mile to maintain, in comparison with over 50 cents a mile for automobiles.

Most electric bicycles run on lithium-ion batteries, which are durable, waterproof, and can be recharged on any sort of electrical outlet.

In Vancouver, e-bikes can be used on protected bike lanes, and do not require insurance or licenses from riders. Driving on sidewalks or boulevards is strictly prohibited

Helmets are required by law.

Many of Vancouver’s electric bicycle stores offer in-store and online locations. In addition, many also offer electric bicycle repairs and stock parts with retail shops and dedicated warehouses. Many stores are available in Vancouver neighbourhoods, as well as North Vancouver, and further east in the Fraser Valley, including Langley.

Many locations now offer rentals as well, so do not hesitate to ask.

There are various types of electric bicycles on the market today.

Electric bicycles are great for various reasons, including the simple fact that they are quiet, non-polluting, and make cycling a great deal of fun!

Electric bicycles greatly simplify the transportation process. No type of insurance or license is needed to start riding. In addition, no money is spent on gas or following inconvenient and sporadic public transit routes. These will saver riders time and money,

Best of all, electric bicycles can even be used in the rain, a great option for those living in rainy Vancouver!

Electric bicycles are also great for keeping fit while having fun. Individuals are known to ride for longer and attempt more challenging terrain.

They also require less effort than traditional bicycles, making them a great choice for older individuals or those with chronic pain and joint issues.

The costs of electric bicycles varies, ranging from $2,000 CAD for lower end models to $4,600 CAD for mid-range and over $16,000 CAD for high-end, professional models.

Choosing the right electric bicycle is now easier than ever. By asking a few simple questions, one can ascertain the right type for one’s lifestyle and body. For example, is your e-bike primarily for recreation or exercise, commuting, or hauling children and passengers? Do you want your e-bike to be able to fold for easy storage? What is your height? Does your e-bike need to accommodate mobility issues, such as painful hips, knees, or back?

Choosing the perfect electric bicycle for use along Vancouver’s extensive bike paths is now easier than ever. Do not hesitate to contact an in-store or online retailer today.