by Lisa Gray
in Locals in the Loupe, News and Announcements
Reading Time: 4 mins read
38 1 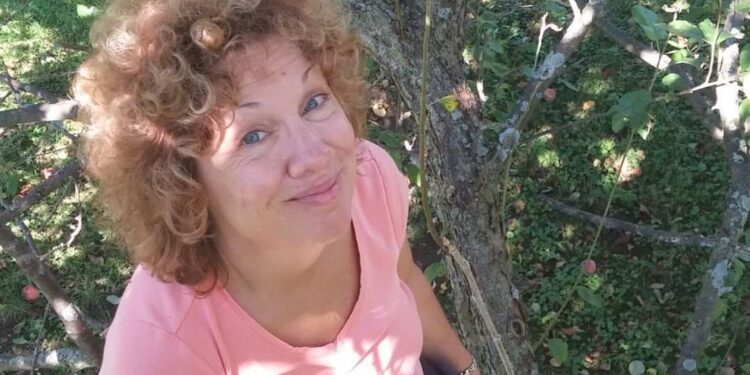 “I met my friend Christine Lavoie at a luncheon, where she described her recent vacation to the Americas. From her simple unassuming stance, came the soul vibration of a restful heart”

In the small town of Beaconsfield, Quebec, Christine Lavoie met the natural world of Angell Woods and brought it home. Her grandparents owned a cottage nearby, with tall trees to scramble up and climb in. Such feats of daring-do, so simple, untarnished and free have since spread wildly and thick, into all life’s corners of natural space.

As a seed embraces the tree of life, Christine’s mother Catherine, remains timeless at any age. For her unbreakable constitution and gut-wrenching new-world realism, she is a good pairing with her husband. Famous for throwing sprawling parties, Catherine has an instinctual knowledge of putting things together in every home she’s lived.

In his younger days, Christine’s father Jean-Guy was a home builder known for creating one-of-a-kind wooden structures, like garage doors and window panels. Because he was claustrophobic, the family moved often into bigger-than-life houses. Balanced with a wacky sense of humor, Jean-Guy’s French Canadian roots precede anything the world has ever asked of him.

Christine’s grandmother Alice was the daughter of a Khanawake, First Nations Mohawk family. As a realist, Alice had a no holds barred sense of humor about life, making her the favorite sounding board amongst her family. Growing up, Chris was nestled into the branches of Alice’s nurturing and taught to believe that she could support herself financially while getting her education.

Much like parents who keep us learning, moving and evolving, psychologists Sue & John Smith saw a little bit of themselves in the blue-eyed girl in curls, hired to clean their house. As peer consultants, Chris found strong connections in the normalcy of her employer’s routine.

Chris’ fascination with learning came in the form of drama therapy courses offered at Concordia University. Seen as the natural order of expressing painful emotions through action methods, drama therapy became the touchstone of Chris’ career.

Seen as a revolution in schools, the Action Method of role play, where the listener, the actor and the observer teach us what learning looks like in the real world. In a simple exercise of listening, we learn healthy ways to talk to each other, while role play helps release painful emotions that would otherwise stay in our bodies.

In university, Chris was dogmatic about being informed. She inspired her peers by asking questions and throwing herself into projects, while tackling the complicated work of understanding the human psyche. When Chris graduated as a mature student into her 30’s, she had earned a BA in Psychology and a Masters in Counseling Psychology.

When Chris’ daughter was born, she moved the family back to the sanctuary of her childhood home. Grounded in love, by all those who came before, the young tree shot up over the canopy towards a career spanning 30+ years. In small intricately laced fractions, Chris has taught many thousands of people how to heal themselves by bringing the Arts into the classroom.

As their symbol of immortality, a tree grows old yet bears the very essence of its own existence. Our gifts – our shine, evolve as our experiences lead into the One. An expression most deeply felt during Chris’ vacation to Lima, Peru in the fall of last year. As home to one of the oldest institutions of higher learning in the New World, the simplistic day-to-day of the average Peruvian is food for thought.

Considered a young city, Lima’s legacy of self-discipline to control one’s emotions and feelings is highly valued. Respect for elders is likened to a lioness, protecting her cubs. Nothing begins on time in Peru, so you’d best keep an open mind & roll with it, because there’s no borders on possibility, when you’ve found inner peace amongst the frescos and painted gardens.

And although the paths to healing, curve and ripple over time, remember that people like Christine Lavoie and the Peruvians of South America, are some of the friendliest and most welcoming people you will ever meet. Sit around any table or historic centre and you’ll see a contented group, looking each other in the eye. You’ll hear the tinkling bells of innocent laughter, as the tiny seedlings of young hearts from the collective universe, alight once again.

Lisa Gray, Copyright July 2020I would love to get feedback from my stories. Please email me at verlagrace4062@gmail.com

How to Safely Onboard New Staff Member Online