by Editorial Board
in News and Announcements
Reading Time: 1 min read
33 2 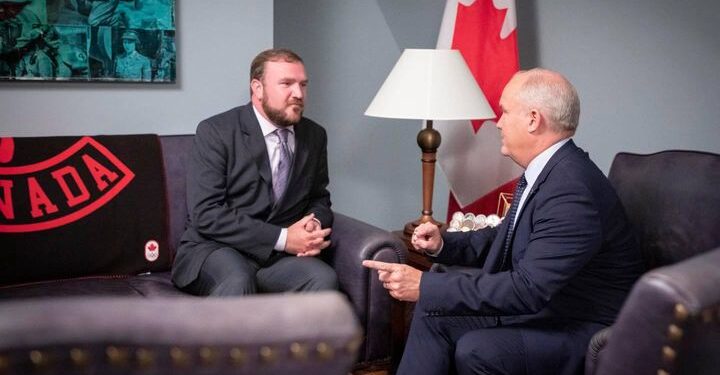 Ottawa, ON – New Leader of the Conservative Party of Canada and Leader of Her Majesty’s Loyal Opposition, the Hon. Erin O’Toole, named his House of Commons Leadership Team this afternoon in Ottawa, which includes local Stormont-Dundas-South Glengarry Member of Parliament Eric Duncan. The Leadership Team is responsible for the daily operations of the Conservative Caucus in the House of Commons as they hold the Trudeau Liberals to account and ask the tough questions Canadians want answers to.

Duncan, elected this past October, has been named by O’Toole as the new Question Period Coordinator. “It is an honour and something that came as quite a surprise. As a new Member of Parliament, I’m humbled that Erin has selected me for this important job in our Caucus,” said MP Duncan. “Erin has hit the ground running and done a fantastic job in his tone and messaging as our new leader. I am re-energized and looking forward to this experience on the Leadership Team.”

“I am incredibly proud to work with these dedicated and professional Members of Parliament who I know will help grow our Conservative movement and ensure more Canadians see a Conservative when they look in the mirror,” said Conservative Leader Erin O’Toole.