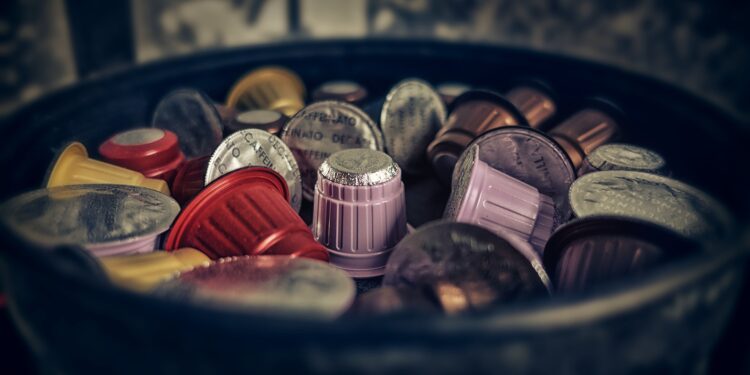 Did you know that the history of coffee capsules started more than 40 years ago? The capsule that coffee connoisseurs know and love today started as a challenge between a Swiss inventor and his wife.

Eric Favre’s Italian wife Anna-Maria was so disappointed with the ‘bland’ swiss coffee – a million miles from what she was used to in her coffee mad home country of Italy – that she challenged her inventor husband to create the ultimate espresso. That was back in 1975.

The Freshness of Bakery Delivery in Toronto

The original espresso was actually founded in Italy in the 1900s when Luigi Bezzera was fed up with how long it took to make his morning coffee. He introduced steam pressure to his coffee machine. Not only did he get his cup of coffee quicker, he also got a better tasting coffee as a result.

Italian businessman Desidero Pavoni then took Luigi Bezzera’s creation and launched it to the Italian public – completely changing the way everyone drank coffee around the world, not just in Italy. That is where the evolution of coffee began.

Eric Favre and Anna-Maria moved to Italy for a while, moving from café to café in Rome, testing and trialing every coffee the famous coffee country had to offer. The couple started drinking coffee daily from the famous Café Sant Eustachio. It is now renowned as the best espresso in Rome.

The couple were often found snooping behind the café counters and quizzing the owners and the staff, gathering every bit of information he could to try to establish why their coffee was so good. He finally gleaned a clue from one of the baristas who let slip that they were using their coffee machines differently to other establishments. The piston that was used to aerate the coffee was not just pulled once, but several times in short intervals. Favre finally discovered that it was the oxidation of the coffee that was creating the flavors and aromas of the coffee.

It was on that day and in that coffee shop that Eric, who was an engineer by trade, came up with the idea to create a commercial machine that could replicate the standard of coffee they had found in CafféSant’ Eustachio. Eric returned to Switzerland where he created a prototype machine. That was the very first Nespresso coffee machine.

His crazy professor style machine of tubes and cylinders forced water through a sealed capsule to fill a cup with frothy, hot coffee was created in 1975.

Eric Favre worked at the global brand Nestlé in the packaging department and he introduced his creation the Nestlé bosses. But they were not convinced as their Nescafé instant coffee creation was a huge hit and sales were going through the roof. Nestlé bosses could not understand why anyone would want any other sort of coffee and were not convinced that people would pay for such an expensive machine.

Next Generation of Coffee Capsules

Eric left Nestlé in 1991 when Nespresso was struggling and set out to create the next generation of coffee capsules at his new company Monodor S.A. He went on to create several successful companies and different variations on his original coffee capsule creation.

In 1994 he was troubled by the amount of waste aluminum that was being created in the original design. He decided to switch it to polypropylene and refined the way the capsule worked. He said the new design was inspired by the architecture of a 2,000 year-old bridge in Italy. He removed a filter, as the capsule created its own filter as it collapsed under the pressure of the water. There was a new extraction method where the machine pierced the capsule, injected high pressure water inside and caused the coffee grains to swell and grow, and that was when the capsule collapsed.

But Eric’s new journey wasn’t smooth as the coffee capsule market became fiercely competitive and he became embroiled in legal battles with Nestlé over who created the Nespresso coffee capsule concept. He finally signed an agreement with the multi-national company in 2003.

Now coffee drinkers across the world can be thankful for the challenge that Anna-Maria Favre set for her husband all those years ago as they searched for a way to bring amazing Italian coffee back to their Swiss home. And now, it is not just espressos that coffee machines can create. Coffee connoisseurs can enjoy every possible coffee flavor and blend – from cortados and macchiatos to flat whites and cappuccinos. The coffee used in coffee capsules can be organic or fair trade and pure arabica, robusta and arabica blends, or even decaffeinated.

But, when choosing a coffee machine, you need to make sure you can use it with your favorite coffee capsules and flavor as many cannot be interchanged between machines.

Eric Favre’s quest for the perfect coffee capsule machine has led to coffee machines and coffee capsules becoming a staple in homes around the world and the creation of several commercial coffee machine brands that are now available at various price points to suit every budget.Research on the best machine is essential. There are even portable versions for the car. In today’s market, it is not just about the coffee capsules or the machines. There is a whole market of spin off of products and  accessories to catch the attention of every serious coffee drinker – from the perfect espresso cup to recyclable ‘on the go’ versions, coffee cup warmers and battery operated milk frothers. Eric Favre’s original quest for the perfect coffee has led to the creation of a generation after generation of coffee crazy connoisseurs.