Why Do Men Lose Weight More Easily Than Women?

by Isabelle Jones
in You May Also Like
Reading Time: 4 mins read
35 0 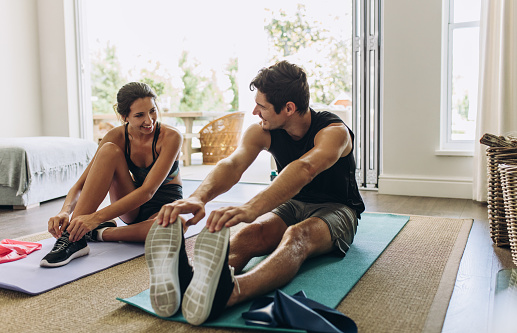 When it comes to losing weight, no journey is the same. The obstacles that you encounter heavily depend on your lifestyle, but did you know that it also depends on whether you are male or female? It just so happens that it’s harder for women to lose weight than it is for men. Surely, the differences regarding our genders shouldn’t be a problem if you are trying to lose weight – good exercise and nutrition are what matters the most. But, it’s really interesting knowing what differences our gender poses when it comes to losing weight.

When it comes to emotional eating, unfortunately, women are more prone to do so. There are some researches that suggest that women are more likely going to turn to food when they are stressed out, while men are more likely to turn to alcohol. Also, it’s no secret that women have even more intense food cravings while in PMS. That being said, there are ways to combat this by tricking your impulses. There are safe supplement options for women that can help with feeling less hungry, which can help a lot when it comes to overeating. Another good tactic that can help with this is adding soup to your meals, eating it beforehand. This way, you can trick your body and make it feel more full, so that you don’t eat too much heavier food.

A Different Way Of Losing Weight

There are a lot of different ways in which hormones affect our bodily functions, but when it comes to weight, the key difference is the one that we have already mentioned in the previous section – fat distribution, as well as the predisposition to have a certain fat percentage in the body. Don’t get this wrong though, a perfectly fit woman is still going to hold six to 11 percent more body fat than a perfectly fit man, on average. And this doesn’t mean that she is “fatter” per se, just that the physiology is different. But that being said, it’s easier for men to lose weight faster because it’s mostly concentrated in one area, the belly, and with basic exercise, residue fat can easily be trimmed down.

Of course, not every man has more muscle than every woman, but in general, men do have more muscle. In fact, a certain study (Journal of Applied Physiology) has shown that among a group of 468 men and women, men had about 36% more muscles. So, how does this affect weight loss you might ask? Well, the more muscles a person has, the more energy will be needed to supply them, and hence, more calories are burned. Also, the calories burning doesn’t happen only when you are working out hard, but it comes to place even while you are resting.

Losing weight can be quite a battle for all of us, regardless of our gender. Even though some people do have a better predisposition to lose weight, it can still be a big struggle for them. And you shouldn’t be discouraged if you happen to be a person that doesn’t lose weight easily – keep pushing, be consistent, and remember the reasons behind your goals. The results are going to come, you can do it!