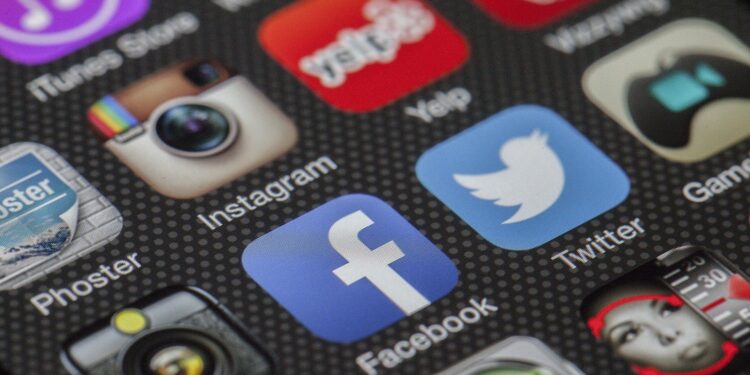 Recently, I have watched the critically acclaimed, Netflix produced documentary “The Social Dilemma“. What I have taken away from watching is this:

1. Our phones have become our digital pacifiers. Whenever we are bored, sad or just plain uncomfortable with a situation, we can simply avoid the feelings by taking the phone out of our pockets or purses and pull our attention away. Who needs that kind of negativity in their lives anyway? Except… It doesn’t address the root cause of issues. Problems will still be there when you put your phone back down. Avoidance is not a proper reaction to situations. We’re grown adults; we shouldn’t have to “sooth” ourselves that much.

2. Our virtual social interactions have become more important than our in person interactions. Why? Because it makes us feel good. By using positive reinforcement via likes, comments, and shares, social networks make us feel important. We get likes so we’re worth something.

Even when we gather together in person, we are on social media. We give our attention to those who are virtually with us instead of those sitting in front of us. Since our feeds show us more of what we like, it makes us feel accepted, embraced, like we belong. And the acceptance of 5000 friends is worth a hell of a lot more than a compliment from, say, your significant other. Plus, when confronted with something we don’t like, we can turn it off.

Have you seen things on social media, something from an opposite side of you, be it political, societal or religious, anything really, and end up shaking your head in wonder? “How can these people not get it? How can they not see what I see?”.

Well, that’s because they DON’T! Networks feed them what will reinforce THEIR position on any given topic. This ends up creating a deeper divide between people. The left is getting more drastically left. The right keeps getting righter. So a tool that was meant to bring people together is actually being used to divide us more.

3.We are the product. As Mark Cuban, AXS TV Chairman and entrepreneur said: “Always look for the fool in the deal. If you don’t find one, it’s you.” We’ve been fooled into thinking that we use all these services for free, when in fact, Tech companies are getting rich by selling US. We, or rather our conditioning, has become the commodity. And we’re not even seeing what’s happening in front of our own eyes.

4. It’s a lot of wasted time. People could argue that you can’t stop progress. Thinking that technology will spoil entire generations is not a new train of thought. When televisions hit the market, parents were concerned their children were getting too much screen time. But at least, there were dedicated time slots strictly devoted to children’s programming, and a parent could monitor what a child watched. At least, at first.

But with the internet, how many parents can say they know what their kids are watching or just how much time they spend online? I was shocked when I saw how many hours my kids spend on their devices. I knew they were on it a lot as they use it for school, Netflix, face timing with their friends, especially since the pandemic hit, but I really had not idea how much time they spend on apps until I looked. And apps are not all good.

5. It’s conditioning our thinking. Take TikTok for example. It is but a never ending scroll of silly videos, some with a good informative message, but most without. This string of unmonitored content does a few things:

Don’t get me wrong, there is a lot of very original and entertaining content being created on the app, but the “for you” page can be a dangerously scary place for a young audience. I know. Now, I sound like a Karen.

Recently though, the video of a man committing suicide on a facebook livestream was widely circulated on the platform, and despite TikTok removing said video, it kept reappearing in the most inconspicuous way.

Is that something you would want your children to see?

Well, all this to say that we need to do better. We need to find a way to make technology more humane. We need to stop the algorithm, which now has a mind of its own and keeps getting more intelligent as we are dumbing down, before it creates a whole generation of addicts that can’t live unless they are connected to a device.

It’s already affecting productivity. In a study from Carnegie Mellon University’s Human-Computer Interaction Lab entitled “The Negative Effects of Cellphones,” published in 2013, researchers found that the average office worker gets about 11 minutes in between each interruption, but takes about 25 minutes to return to completing the original task after each interruption. Technology can be used for so much good! But it could also totally strip us of what makes us human. It’s our choice.