by Editorial Board
in Letter to the Editor
Reading Time: 4 mins read
117 8 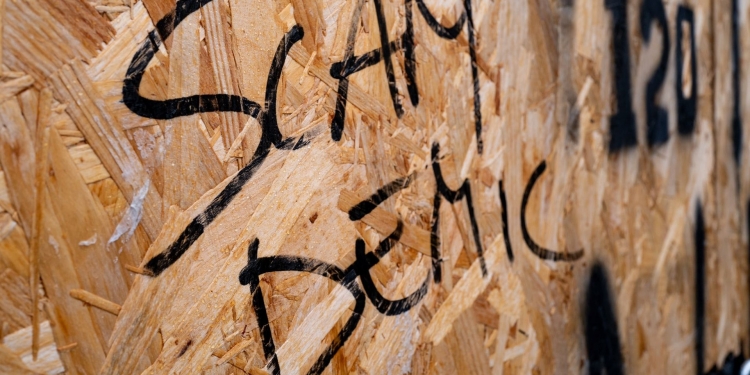 Photo by the blowup on Unsplash

We came across this post in our personal social media feeds. This is one man who is fed-up with the boatload of crap surrounding Covid-19 and how it is being handled. Many people feel the same way and it’s important to talk about it.

We obtained his permission to reprint it here.

Okay, let’s all calm down. I am seeing this craziness unfold on my Facebook thread.

Dear conspirators, enlightened ones, trumpkins and holders of absolute truth,

From this to compare our leaders to Hitler, there is a world of difference. You fail to understand that with this comparison you somehow manage to associate your suffering with the suffering of the Jewish people (and others), their extradition and their extermination. You compare your occasional inconveniences to historical genocide!?!

If you still feel oppressed under the Quebec [or Ontario or Canadian] dictatorship, I recommend a trip to North Korea, Turkmenistan, Syria or Eritrea, as well as some reading of basic history, to snap you out of your ideological lethargy.

If we are STILL in lockdown and curfew, it is because of fools like YOU, who override instructions, who get together in gangs for parties or who protest against everything and nothing, without protective measures.

If you had listened to the health directives from the start – instead of following fools seeking fame and money – we wouldn’t be here.

Your internet research and scary choice of experts, ranging from the religious idiocy of millionaire preachers, the fallen Quebec actress, the megalomaniac American president and other charlatans and crooks who have you believing that COVID is a hoax, or that it’s “not that serious”, or it’s a divine punishment or a manufactured disease to kill old people.

Decide: is COVID serious or not?

Your navel-gazing, egotistical, superstitious, lack of critical thinking, stubborn blindness, intellectual laziness and contagious stupidity, obsessed with shouting loudly believing that this is how you will be made right, the ease with which you are fooled by the first bigmouth who comes along, your stubbornness to continue in error – all of these make you public enemies who refuse to understand that this behavior is dangerous and even deadly, for others; your parents, friends, children, and especially me.

Watch where your fundraising money ends up, in the pockets of the organizers who laugh at you, for helicopter rides, a new car, a new house, re-election and more of the same. How many times have you given us a date for the ultimate unveiling of the TRUTH, November 3, then 10, 12, 23, Christmas, January 2 and again the 6th.

When does this truth finally arrive? Do you have other dates to suggest?

All of this means that you live in a pink bubble on your flat earth, where everyone is against you, with a conspiracy about everything from satanic pedophiles to chip implantation and so on.

Write science fiction, you have the imagination for it.

Here’s a truth I’m giving you for free: pull your head out of your ass and wipe the shit from your eyes, the “sheeple” are YOU!

Do you really think that: Celine Dion is a vampire? That the American elections were stolen? That the government of Quebec [or Ontario or Canada] adopts sanitary measures just to piss you off? That pseudo scientists are medical authorities? That anti-fascist means against democracy? That all the doctors are lying for the fun of it? That we want to forcibly implant you with a tracking chip? That 5G is going to control your brains? That Obama eats babies with the Clintons? That the earth is flat? That you can say whatever you want without any evidence whatsoever other than your beliefs, yelling, and aggression? And finally, that trump, the big pumpkin-in-chief, actually got COVID?

If by reading this you were offended because you think that I am attacking you personally and that I take you for a hecking imbecile, do us both a favour, REMOVE ME FROM YOUR CONTACTS because I have nothing in common with you, and nothing to say to you, since I don’t have the patience to educate someone who never left kindergarten!

Locals in the Loupe: Tom Manley's back!

Lol this is a sad article.