OPINION: AS A SPECIES WE ARE DOOMED WHEN… 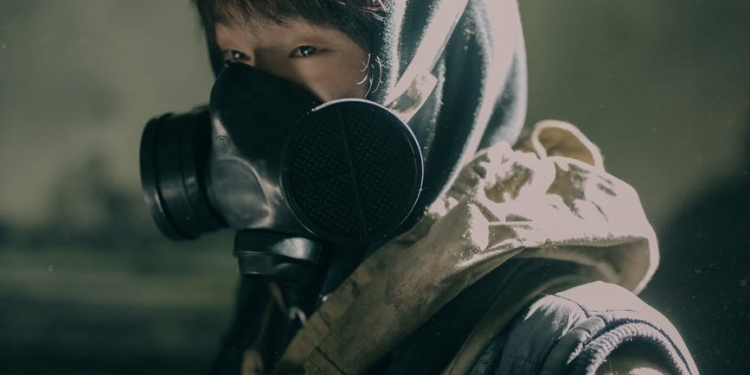 ..we can’t tell the difference between opinions and lies

..politicians give medical advice and ‘men of God’ condone violence

..we look for “alternative facts” to defend our beliefs

While there has always been a “lunatic fringe” in our society, we seem to have lost our collective sanity. Our ability to think and reason has fled, and with it, the social contract we rely upon for our mutual security.

A global pandemic and the tRump catastrophe have highlighted the destructive power of lies dressed up as “personal opinion” and magically acquired “expertise”, amplified over social media feeds.

I have a good friend who recently sent me a YouTube video from a group of well-known anti-vaxxers who are STILL pushing hydroxychloroquine as a Covid-19 “cure” (despite being shown as ineffective).

When I asked her where she got it from, she responded “Sent to me by a friend who believes all voices should be heard.” My heart sank.

“All voices should be heard” is a politically correct belief with a rather “democratic” and “open-minded” feel IF you don’t know that it’s a tactic.

I agree that everybody has the right to an opinion, even when I don’t agree with the opinion. But does that mean that all voices should be heard? That all voices are equal? That all opinions are valid?

When disinformation is dressed up as opinion, it is a lie. When that lie is restated over and over, it is a manipulation tactic.

The Nazis understood the power of repetition. The concept is simple: affirm a lie over and over and it will become accepted as truth. The size of the lie doesn’t really matter. We have been taught to ignore small lies to be socially acceptable. But we naively expect the truth will be told when the issues are large. We can be just as easily “caught” in the big lies if we are too trusting; if we don’t stop and think.

The proliferation of lies today is frightening. Through the amplification of social media algorithms, each lie sets the stage for more lies that encourage people to act in ways that are stupid and dangerous.

Social media platforms like Facebook want you to look at their ads. The longer you stay, the more ads you are exposed to. Algorithms are background programs that watch what you look at online, what you engage with (like, share or comment on) and for how long. And when the algorithm sees that something is of interest to you, it will deliver more of the same type of content to your feeds. This is the opposite of a “balanced view”. It is an echo chamber that will influence many of us.

Protest movements and hate groups understand how algorithms work and they use the laws of the liberal and tolerant society we live in to pass along enormous amounts of deliberate and repeated disinformation under the guise of their “right to an opinion”.

If you doubt me, consider the lies.. er.. opinions still being circulated by local “anti-tyranny” groups. They unfailingly claim that Covid-19 is like the flu with the same death rate, based on a “lack of excess death” statistics. We are increasingly likely to know someone who has been in the hospital with Covid and doubters are starting to see that it is not “like the flu”. As statistics become available we now see an abundance of “excess death” to account for Covid-19 mortality. Statistics that confirm a death rate 8-10 times higher than the flu.

Nevertheless, this does not dissuade the committed protester; (s)he has been brainwashed into believing theirs is a higher purpose and the truth has become a matter of convenience; an opinion.

Except that it’s not an opinion. It’s a deliberate campaign to radicalize the dissatisfied among us and to divide much of the population into “us” and “them” camps. Doing so creates dissent and hatred. “Divide and conquer” schemes make the population easy to manipulate which is very useful in politics and in situations where a lot of money is at stake. It also diverts our collective attention from difficult issues we need to address.

The recent US political debacle is a great example. There is so much bitter division between Republicans and Democrats that they cannot talk to each other anymore. The stoked hatred resulted in an armed takeover attempt of the US capitol that could easily have turned into civil war.

As we watch the chaos swirling around us, I think we need to question: when is enough, enough? How far do “open and liberal” go? When is an “opinion” or an action counterproductive, malicious or seditious? If we stand for something in our society, when do we shut the door on ideas and actions that do not represent us?

I don’t have all the answers but I really think we must turn away from self-proclaimed experts who debate their proposals in the court of public opinion instead of in a court of their peers. It’s time to scorn those who politicize social mandates for their own agendas. And, we must question the motives of those who repeatedly spout errant “opinions” in the face of proven facts.