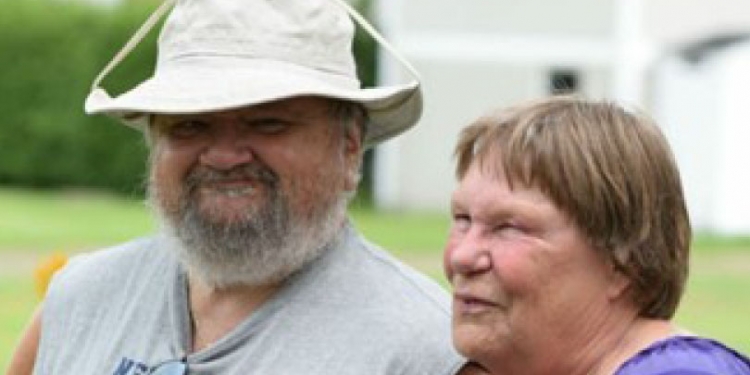 Here is the Story from Lisa Gray for the February 2021 Issue of the Cornwall Seeker – Enjoy!

“Speaking of friendships, we all have certain people in our lives that round us out. People we can relax and just be ourselves with and even though apart, their energy and impression upon our hearts is evergreen”

At the end of July in 2018 myself and two girlfriends visited some mutual friends in Elgin, Québec. I supplied the cooler and cold drinks for the car ride, and a pasta salad for the table. One of the girls made her legendary homemade macaroni salad while another had a veggie tray with dip.

Our driver had really hoped to take the long way around through Québec, but that would have cut into our visit by at least an hour so we took the short way through the States.

With the AC cranked up, we chortled up Adolphus St. singing along to Reba MacIntyre on car the radio. I am not a good traveller so once at the toll booth, I was overcome with nausea worrying about being pulled over, or being charged with some unforeseen crime but in the end we were just three mature women taking a drive in the country.

The ride was easy peasy down Route 37 towards the Trout River border crossing, which you may well know looks like something out of The Sound of Music with the façade of an old European chalet. At this point the car is practically stopped as we maneuver around the sharp corners of the entrance, that I wondered must happen a lot because of the look on the patrol agents face as he comes out to greet us was like someone’s late for dinner.

Back on the road we’re out of the car within minutes embracing our friends and one very excitable Shih Tsu named Quilla. Finding a shady spot, I pulled out the interview questions and got to know some new/old friends all over again. The BBQ was heating up when David’s wife Cheryl, brought out her secret marinade recipe for steak. Everything was delicious and cooked to perfection when we dug into the macaroni salad made with LOVE, just for me.

After dinner, the torches were lit around the property to keep the bugs down while we watched the sun set through the tall grass on the other side of the river. It was one long beautiful day of languishing in the sunshine of dear friends. Somehow, the night grew short and it was time to go. Once on the road we somehow, took the corner too sharp again at the border office and started giggling together in the car. We tried to get the car straight but it was no use, so out came the border patrol officer dressed in his bullet proof vest with side arm revolver and only the crickets for company.

Whether or not he believed our story of a picnic in the country, we were all invited into the customs office for further questioning and fact checking. Once inside I grabbed the first swivel chair and turned completely inside out from nerves. The guy was gone for such a long time that I had a chance to check the place out and noticed way up on a ceiling ledge, two little red Pez dispensers of Santa & Mrs. Claus. Just then the Patrol officer comes back with our ID, giving us the ok to leave and doesn’t our driver – out of nerves of her own – offer my macaroni salad to the men in the office!!

As I usually do in times like this, I made a joke and nervously asked why the Pez dispensers were up near the ceiling and the reply was similar to what you’d hear when people are bored and want to prank each other.

Back in the car, we made quick time to our home and native land. After about ten minutes I tried to break the spell and shouted to my friends – “when we’re back home again, let’s go for an ice cream”. We all cheered like giddy children but it wasn’t half past ten that we rounded the corner at Glengarry Blvd and got into an accident with another car.

Luckily, there were several witnesses to prove whose fault it was, but the waiting went on for several hours as the car and its contents were shuffled between tow trucks and taxicabs. It was many weeks before the three of us could get into a car again and finally enjoy our ice cream. Looking back, I thank God for giving us a sense of humor about the day, well seeded friendships and macaroni salad to die for.

I would love to get feedback from my stories. Please email me at [email protected]

How to Acquire Interior That Blends with Your Home's Style