What Does the Future Hold for BTC? 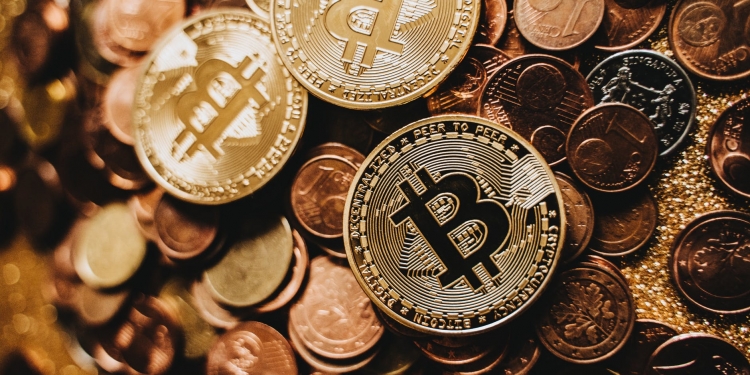 Photo by Alesia Kozik on Pexels.com

For a year now, investors and analysts are keeping track of Bitcoin’s movements with much puzzlement. True, the COVID-19 pandemic has positively influenced the digital token’s rate, mainly since it has become a safe haven for investors in a time of great financial uncertainty. However, very few people had expected Bitcoin to skyrocket like it did in the past year – and to drag quite a few other cryptocurrencies along with it.

Alt text: It has managed to surprise a lot of people in the industry.

Trying to analyze the past is important, mainly in the context of understanding possible future outcomes for Bitcoin. Is a great plunge expected anytime soon, now that economies are starting to get back on track? Are we to see new all-time highs on the charts? Let’s try to understand what 2021 holds for Bitcoin, and mainly if and how traders can benefit from it.

When the virus “introduced itself to the world”, in the beginning of 2020, Bitcoin was actually taking a plunge, reaching a low of around $5K. However, as more and more governments had embraced the concept of lockdowns and restrictions, preventing ‘traditional’ industries and sectors from functioning, investors looked to place their money in the least affected venues. So, basically, Bitcoin was at the right place, in the right time.

Bitcoin’s crazy rise was, naturally, also a result of a snowball effect. The higher it rose, the more investors became interested in it, and the charts tracking Bitcoin’s rate don’t lie. Even the easing of restrictions did not stop the meteoric rise, to a rate of almost $30K by the end of the year. However, 2021 brought some unexpected winds of change with it.

This year, we’re witnessing some unfamiliar turbulence. While Bitcoin continues to rise, it is also taking occasional dips as well, driving investors even crazier. Overall, this may be good news for anyone looking to get in on the action, since the rate is still on an upward trend – recently even setting a new all-time high above $61K. This also means that investors can find “low spots”, after an occasional plunge, and buy the coin at these points in time.

However, this does not guarantee that Bitcoin will forever move in the same direction. We asked Ray Glover from the reputable online trading and investment firm CreditEUBank for his take on the matter, and this is what he told us: “Nobody promises anything with this crazy coin, so don’t go looking for guarantees. I would advise you to consider becoming a part of this game right now, but not necessarily to keep gazing at Bitcoin. Tens of other cryptocurrencies have also been performing very well in the past few months, and it’s definitely something worth analyzing.”

Be a part of the success

The big question remaining is how can the average Canadian reap profit from all that’s going on. The answer is simple: Online brokers are now offering a chance to trade on Bitcoin and plenty of other cryptocurrencies, and almost anyone can take part in this celebration. CreditEUBank is just one example, but one worth mentioning since, unlike others in the market, it legally operates in Canada and allows Canadians to register for its services.

Alt text: Think that Bitcoin is only for experienced investors? Think again.

How does it work? All it takes is a few minutes to sign up on the website and deposit an initial amount of money for trading. The big bonus here is that you do not need to actually buy any currency, but rather to trade on its value. This means that you can also make a profit off of rates going down as well, if that’s what you predict is going to happen.

CreditEUBank has been doing business all over the world for the past 15 years, so they can be trusted with such virgin snow as cryptocurrency trade. Aside from that, the company holds strict deposit and withdrawal policies, including an anti-money laundering (AML) pledge, in accordance with international regulation. This is very important when trading online, not just in cryptocurrencies, since it is a way to avoid scammers and crooks.

The truth is that no one really knows what will be of Bitcoin. Experts can make calculated projections, but there is no guarantee here (and don’t let anyone tell you anything different). That’s why our recommendation, for anyone looking to make money off of Bitcoin’s rate, is to trade on it on an online platform with a history of being credible in the eyes of traders. CreditEUBank certainly meets these requirements, and there are several other brands out there which do as well.

Fundraising for the Arts & Culture Centre of Cornwall & Area