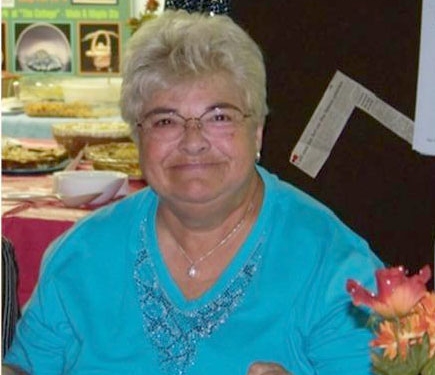 Here is the story from Lisa Gray from the April issue of the Cornwall Seeker – Enjoy!

“Over Christmas during our second lockdown, I struggled to find inspiration for continuing to write the stories and so I reached out to a couple of artist friends for help. The story you’re about to read couldn’t have come at a better time for its far reaching invitation to Scottish folklore, ancient castles and mystical faeries. Many thanks to Michael Cartwright for introducing me to his neighbor, Beatrice Dumbreck. Here’s to another year to Sunflower gardens!”

The Circle is Small

The Hawthorn hedge is one of the most sacred trees of Celtic mythology. Standing at the threshold of the Otherworld, this humble abode where fairies live, symbolizes gentleness, love and protection. Cropping up in thickets upon hilly areas, its sweet blossoms have brought young lovers together for centuries.

Edging the Pollock housing development, at the foot of a lush green lane at Glasgow’s Crookston Castle, a young girl tucked the violin case behind her as the clod of grass hit right between her eyes. With a bit of the Fae coursing through her veins, the girl looked upon the soul of her attacker and fell in LOVE. Separated by just a year, Beatrice Carroll and Bill Dumbreck knew each other inside out by the time their parents would allow them to date.

Beatrice’s parents believed in learning a trade. Her father John was a barber whose training involved more than just using a pair of scissors. Whether mixing hair dyes, stocking shelves or learning how to talk to people, his skills as a fully developed raconteur were borne of throwing cèilidhs on the week-ends. A warm and humorous man, he built his reputation on high spirits and tall tales.

Her mother – also Beatrice, was born into the Pediani family of hairdressers. She was a nurse who taught her daughters to value their own lives as equals to men. She was articulate, never swore and as a young mother, survived three bouts of Rheumatic fever through the steadfast Scottish belief of earning your place in life.

While the young Beatrice apprenticed at her uncle’s salon, she found her voice and lost her childlike shyness. By the time she and Bill had married, he had graduated university with an aeronautics degree with plans to start their new life in Canada. The two agreed to stick it out for five years and get the Full-Canadian-Experience. How could they know when the ink had barely dried, how living next to the railroad tracks would so unfurl the many brilliant colors of life?

While Bill worked his way up the ladder at Pratt & Whitney, Beatrice worried less and less about homesickness while being rocked to sleep each night by the rail cars that jangled along the dales.

In 1967, an original song trilled out the back garden windows of their residential street. Using a 12 string Gibson, Gordon Lightfoot’s inspiration forSong for a Winters Nightwas borne of a 30 minute experience during a hot summer night. Sending Bill on a fool’s errand searching for the elusive album, Beatrice set her sights on making Gordon an icon in her own right. For the easy way he introduced the country’s beauty in song, so filled Beatrice’s lonely spaces and pensive thoughts toward confidence and optimism, as she followed her heart on its journey to light.

Asked to volunteer at theFleurs de Soleilday-care for children with developmental disabilities in Saint Bruno, Quebec, Beatrice found the song of life. In lessons learned from her Victorian parents, Beatrice made hundreds of life-long connections in her forthright manner, where the children in her care changed, grew and moved on to next levels. On the suggestion of colleagues, Beatrice took correspondence courses through Humber College towards a 20 year career in Early Childhood Education.

Seen as the most inspiring experience of her life, Beatrice has stayed in contact with several of the children in her care, holding them as close as she is able. So like her father’s 1846 replica Stradivarius along the footpath of yesterday, as it lay tucked and protected between her small shoulders, and through her mother’s perseverance to push her girl towards the future – the circle is small.

Tending life-long friendships across 3,000 miles is easily done when you’re not afraid to talk. Spending any amount of time with Beatrice, whether in person or on the phone – is more than just time spent – it’s a gift.

Just before retirement, Bill transferred to Georgetown, Ontario. Beatrice went back to her roots, retracing her youthful love of the arts by joining two artisan groups and spread her fairy dust far and wide without hesitation.

For those within the circle – like the Fae of olden tales – are whisked away for good in the fairy world of one sparkling vision. A bringer of blessings, of sunflower gardeners and foundling puppies, the world bears witness that what is for you, has definitely not gone past you.