by Editorial Board
in News and Announcements
Reading Time: 2 mins read
52 0 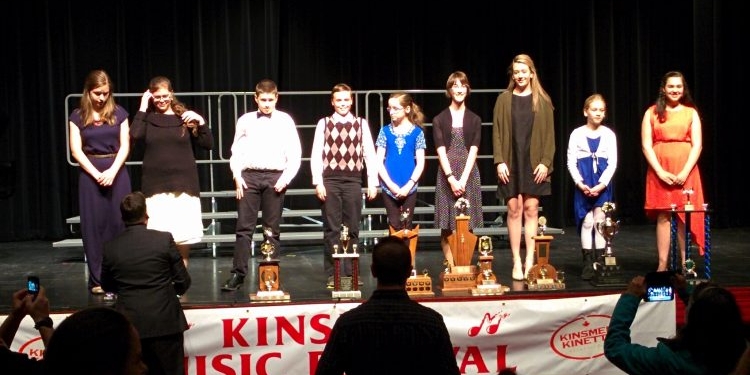 The 67th annual Kinsmen Music Festival came to a close this week with the recording of the Concert of the Stars. Like most things though, the annual event looked different this year.

“We knew by fall that hosting a live music event early in 2021 was not going to happen. So we took steps to move the 2021 event to a virtual platform,” said Kerry Adams, Festival Chair. Musicians submitted recordings of their performances for adjudication and the adjudicator, Nadia Boucher, provided written comments for each performer. This was followed with workshops where the musicians met with the adjudicator by zoom platform to discuss technique, style, and performance tips. “The goal of the Kinsmen Music Festival is to provide both a learning and a performance opportunity for young musicians. It is the longest running program hosted by the Kinsmen Club of Cornwall and it was important to us to find a way to keep the tradition alive,” said Adams.

Part of that tradition that will also continue is “The Concert of the Stars.” In partnership with Your TV Cornwall, this concert will be recorded virtually and feature 14 performers who were selected by the adjudicator for this honour.

New this year, Kinsmen Club of Cornwall recognized 10 performers with a bursary for outstanding potential in music and also presented a $1000.00 bursary to a local school to enhance the arts in the 2021-22 school year.

Awards were presented to:

“This year’s festival may not have looked the same as in previous years,” said Jane McLaren, festival organizer, “but by finding a way for the festival to move forward, and to host the Concert of the Stars, it offered a glimpse of normal in a year that has been anything but. In that way, looking back, this just may be the most important festival that the Kinsmen have hosted.”

Aultsville Theatre is already booked for the first week of April in 2022 for the 68th annual music festival when it is hoped these young musicians will be able to take to the stage once again.

3 Ways to Keep Your Kids Occupied from Home