by Editorial Board
in News and Announcements
Reading Time: 3 mins read
25 0 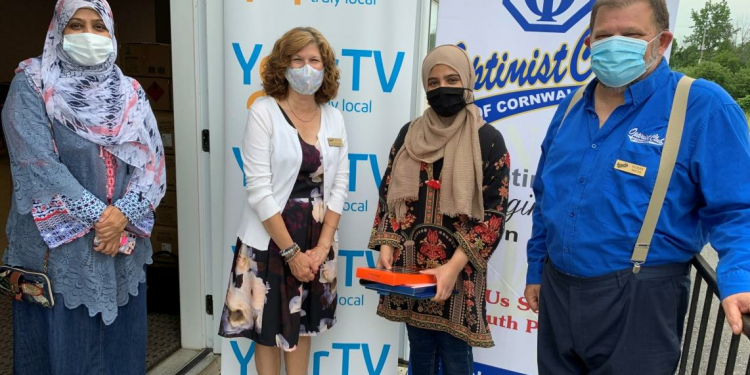 The 2021 YourTV Youth Achievement Awards (YAA), Powered by the Optimist Club of Cornwall returned this year, after a one year hiatus due to the COVID-19 pandemic. In a virtual ceremony on Monday, June 21st, 23 youth were recognized for their contributions to their neighborhoods, schools and the community.

“It was really important for us to make sure that this event took place this year.” says Gabriel Riviere-Reid, one of the producers at YourTV who worked on the project. “In a year where everyone has been through so much, we saw the need of recognizing these kids who not only persevered, but shined.”

“”Their hard work, courage and dedication in these challenging times have shown that you can overcome obstacles to make our community a better place to live.” adds Scott Meyers, Manager of Programming and Community Relations for YourTV.

Gabriel and fellow YourTV Producer Chris Rohde worked closely with the Optimist Club of Cornwall, with support from the four local school boards. Teachers and principals from area schools submitted nominations for the three categories (At My Best, Caring is Cool and Difference Maker) and four age categories (Grade 4-6, Grade 7-8, Grade 9-10 and Grade 11-12). A judging a panel of Optimist Club members and YourTV staff selected 24 finalists, 12 of whom were selected as winners.

“It was very difficult in some cases to choose who the recipient was going to be, because there are some great stories that were provided in the submissions” says Optimist Club of Cornwall President Terry Muir. Adds Gabriel, “Although there were winners and runners-up, at the end of the day every finalist was being recognized, and they all went home with a prize courtesy of the Optimist Club of Cornwall.”

Finalists received certificates from both MP Eric Duncan and MPP Jim McDonnell, as well as a brand new tablet, purchased by the Optimist Club. Although YAA is usually an in person event, the finalists were announced in a virtual event, picking up their prizes as the Bud Guillbeault Youth Centre on Friday, June 25th. “We didn’t tell them what the prizes were ahead of time”, says Riviere-Reid. “It was amazing to see their faces when they realized what they were getting. It’s a token of thanks for what they are doing to make our area a better place.”

The event couldn’t be a success without the support and participation of local schools, and that starts at the top with Catholic District School Board Chair Todd Lalonde, as well as CDSBEO’s Karen O’Shaugnessy, who helps coordinate nominations from all boards.

“I always look at these children as those who go above the call of duty.” says Board Chair Lalonde. “Not necessarily looking for that medal or praise or even a pat on the back. But children who want to make a difference and do it in silent ways.”

The event also recognized one young man who took it upon himself to make his corner of the world a better place. Elliot Lefebvre, a Grade 1 student who decided to help a friend whose brother was diagnosed with neuroblastoma cancer. He originally wanted to raise enough money to be able to buy the family each a happy meal to make them feel happy. Elliot started making beaded bracelets and cat toys selling them for $2 each to sell to raise money for the family. Elliot was able to raise $1,450, which surpassed his goal of a happy meal.

Despite being a few years younger than the Grade 4-6 category, YourTV decided to thank Elliot for his kindness by providing him with a swag bag, and a brand new tablet of his own. This was presented to him by Producer Bill Makinson in late May.

All of this all just goes to show that the future is in good hands. “As volunteers that have been involved for awhile, we always worry that everything’s going to be over once we all age out and there will be nobody to follow up. But that couldn’t be further from the truth.” says Muir. “The amazing things that our youth are doing in this community are making changes for the better.”

The YourTV broadcast of the awards ceremony premieres on Wednesday, June 30th at 7pm on Channels 11 / 700HD / EPICO100 for Cogeco subscribers. The program will re-air throughout the summer. YourTV Cornwall’s full