The Advantages Of A GPS Trailer Tracking System For Fleets

by Allen Brown
in You May Also Like
Reading Time: 4 mins read
26 1 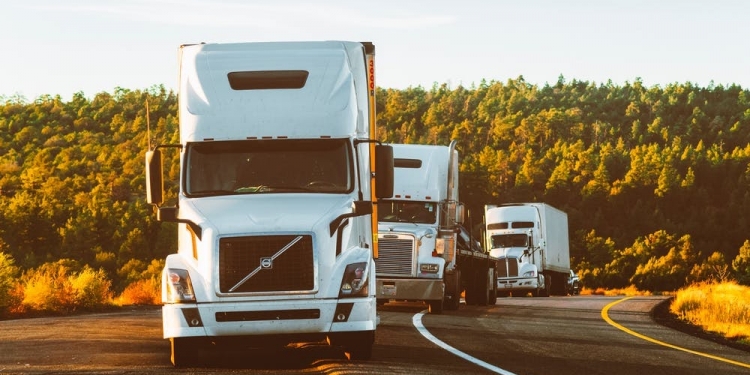 Being the owner or manager of a fleet of vehicles is not an easy feat. Keeping track of multiple vehicles in the days before GPS technology required a keen eye, slavish attention to detail and lots of paperwork.

Tracking technology has made this job significantly less difficult. It has also translated into clear benefits for fleet managers.

The advantages of a GPS trailer tracking system for fleets

You know where the vehicles are

Before the advent of GPS, a fleet manager had only a general idea of where any vehicle and driver was at any point in time. They relied on the driver to give them accurate details of his position as well as keep record of his daily journeys, gas consumption and issues with the vehicle.

The problem with this is that the fleet manager never really knew where the vehicle was. This has changed with GPS. The technology uses the Global Positioning System to accurately triangulate the location of a vehicle to within feet.

The driver cannot use the vehicle for his own personal jobs

It is the fleet manager’s job to compile the fleet’s monthly data into annual performance reports. Back in the old days of paper reports, discrepancies in gas consumption to mileage conversion were harder to spot and even if they were apparent, the cause may not have been.

GPS trailer trackers keep a record of several metrics. They log distance travelled, time and the location of the vehicle so you can track the location and usage of your trailers, among other things . In the past, a fleet manager may have had a driver, or several drivers using the vehicles to do their own personal jobs. This would mean a consumption of the company’s resources without income to show for it.

Because GPS tracking allows for monitoring from a remote location, a driver cannot fake a vehicle’s location and mileage. The company can stop any misuse of its vehicles.

Promotes greater efficiency of the fleet

Because fleet vehicles are in heavy rotation, they are subject to a higher volume of repairs and of course, there are the gas consumption costs to consider.

With all the information presented by the GPS, the fleet manager can begin to make decisions backed up by data. He now knows which runs are profitable and which are not. He also knows which drivers and vehicles are inefficient in terms of time taken for deliveries and daily down time for vehicles. Decisions can then be taken to improve performance and profitability.

Because headquarters knows exactly where the vehicles are at all times, it is easy to spot if something is wrong. If a vehicle suddenly goes off course or they are having difficulty raising a driver, they can dispatch company security or the police to the location.

Several GPS technologies can also send out “calls for help” if the driver becomes incapacitated, if the vehicle is in an accident, or even if the vehicle is attacked. This saves lives and prevents cargo from being stolen.

This augments the company’s reputation for completing deliveries under safe conditions which in turn builds its reputation.

With a GPS trailer tracker installed, customers cannot claim that their goods were lost or not delivered. It is unfortunate, but this sort of thing has been known to happen.

The tracker will log both arrival at the customer location as well as the length of time spent there. A customer cannot legitimately claim that their goods weren’t delivered if the company can provide documentary evidence that its vehicle was at their compound and spent a half an hour there.

It can help drivers improve their performance

If a driver’s performance is lagging behind his colleagues, it can be called to his attention using the data from the trailer tracker. It may be that the driver is genuinely not aware of his performance issues and can improve if shown what they are.

Conversely, if the driver has deliberately contravened company rules by using the vehicle for his own purposes, disciplinary action can be taken against them using the tracker data as evidence.

In either case, the tracker will demonstrate that there is a clear, consistent pattern of underperformance or undesirable behaviour.

The tracker information can also be the basis of a rewards or bonus programme for drivers who regularly achieve delivery targets. When drivers see that the data isn’t only being used to punish but to praise as well, they’ll be encouraged and motivated.

There are many good reasons to invest in GPS trackers for your fleet of trailers. Use it to make your fleet more profitable and improve its performance.

Saturday, August 7 is Eco Day in Cornwall – an opportunity to learn from local organizations and explore the natural world in your neighbourhood.