A Quick Guide To Help You Calmly Manage A Divorce

by Isabelle Jones
in You May Also Like
Reading Time: 4 mins read
26 1 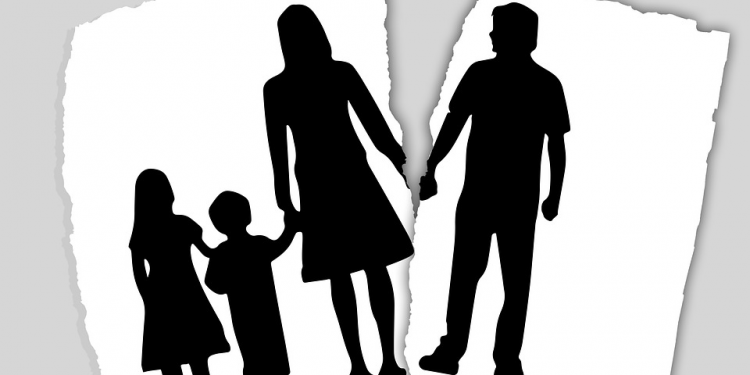 It’s no longer a secret that a lot of marriages end up in divorce. It’s a harsh reality, but it’s one that all couples must learn to accept because we can never really tell how things can change a year, decades, or even longer than that from now. Divorces are complex and messy, but the best way around them is with calmness and due process.

For the most part, divorces are legal processes that a lot of couples go through. When people think of divorce, they often think of intense shouting matches, a lot of drama, and a lot of problems not just for the husband and wife but also for the children that get caught up in the process.

It doesn’t have to be that way, though. By nature, divorces are a means to end marriages as civilized as possible. If you’re going through one right now, then here are some important things you need to know first so that you’re more prepared for this journey.

One of the messiest parts of the divorce comes when it’s finally time to split the assets between you and your current spouse. Lawyers from https://www.charlesullman.com/asset-division-in-a-divorce/digital-assets-division-lawyers say that this part of the divorce can be done in two ways. One is through cooperation between you and your spouse. The other is with the help of legal intervention.

Aside from your personal belongings, everything that you and your spouse will share will have to be distributed. These include tangible property, real estate, and even debts. This is one of the most complex parts of a divorce simply because it’s often hard to find a deal that both parties can agree on.

We suggest having the division of assets be handled by legal professionals instead. They can deliver objective and fair results that both parties can agree upon. Of course, talking things out with your spouse shouldn’t be out of the question, as this is still the best way to go about a divorce.

It’s Best, To Be Honest With Children

The full brunt of divorces is often felt by the kids who have to go through life with a broken family. It’s fairly common for parents to lie about the divorce and just let their children discover what happened to their family eventually. However, this is a big mistake that could emotionally scar the children for much longer.

There will come a time when both you and your soon-to-be-ex are going to fight over the custody of your children. However, it’s best to settle these things as civilized as possible. At least for the last time, find a means to work together so that the children don’t become as stressed about the problem.

This might sound a bit counterintuitive, considering that divorces are emotional, to begin with. However, you must approach every situation with objectivity and neutrality. For the most part, divorces are legal matters after all. You don’t want the problem to get even messier.

When things get too intense, make a verbal agreement between you and your spouse to keep both of your cool. The more you work together, the smoother the process is going to be in the end.

Keep A Healthy Line Of Communication

A big mistake that couples make when going through a divorce is not keeping a line of communication with one another. Divorces are best handled as a pair and not as individuals. Understandably, this might seem tough to do considering all the possible animosity.

However, you need to understand that divorces are bound to get only even more problematic if you refuse to cooperate with one another. From it will stem a whole world’s worth of problems that you don’t want on your plate. This is especially important if kids are involved in the divorce.

Divorce can be messy, but it doesn’t have to be. As they say, cooler heads do prevail. Divorces are just one of those things that are better managed through objectivity and calmness instead of emotions and regret. Before you know it, the process will be done, and both of you are going to walk away fine.

Second Chances: Why Ontario Students Should Consider Upgrading Their Marks