Can I Travel to Saudi Arabia from Canada Now?

by The Seeker
in Leisure & Lifestyle
Reading Time: 4 mins read 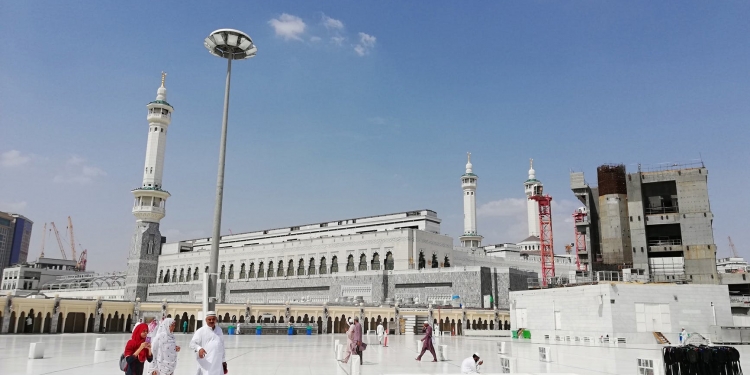 There are plenty of reasons to travel to Saudi Arabia. From the ancient to the modern, the Middle Eastern nation holds some of the most impressive landscapes and urban sites on the planet.

The Kingdom of Saudi Arabia also boasts one of the most intriguing economies in the world, making it a great place to job hunt for people who may be looking to invest in their future. From jobs within the oil industry to finance and even English teaching, it is a wonderful country for Canadians who are hoping to make big money.

One of the biggest questions that may hold tourists back from exploring a trip to the Arabian Peninsula has to do with travelling all the way to Saudi Arabia.

Fortunately, while flying from Canada to Saudi Arabia may sound like a true slog, there are actually flights that leave daily from Toronto and arrive in Riyadh—or other cities—with only one brief stopover along the way.

But before buying a ticket, it is important to ask the question: Do Canadian passport holders need to apply for a visa before entering Saudi Arabia? Or are they perhaps eligible for a more simple option?

The good news for citizens of Canada is that Saudi Arabia, to make their visa-application system stronger, has implemented an online eVisa for travellers from certain countries.

The Saudi Arabia eVisa functions as a visa-waiver, meaning after providing a few personal details and documents, Canadians are eligible to receive quick approval to visit Saudi Arabia.

Is Saudi Arabia Accepting Foreign Visitors During the Pandemic?

There is not a single nation on Earth that has not been majorly impacted by the COVID-19 pandemic. The toll on the global tourism industry is mind-boggling, especially when considering that behind the numbers are real people who rely on the money brought in from tourists.

That is why the development over the summer of countries slowly beginning the process of re-opening their borders to foreigners has been so exciting.

Not only can it provide a tremendous boost to local economies but it can also allow travellers accustomed to hitting the road a chance to exhale and feel connected to the world again.

Beginning in August 2021, Saudi Arabia joined the ranks of nations that had decided that the benefits of allowing foreign tourism outweigh the risks. This means that although Canada will always be among the most perfect places to explore, Canadians can now apply for a Saudi Arabian eVisa and hit the airport.

The option to remain at home and create the perfect stay-cation is still there, but for those people who feel safe enough to travel, there are a few pandemic-related details to keep in mind before travelling to Saudi Arabia.

What to Know Before Flying to Saudi Arabia

While it is true that countries are opening their borders, that does not mean that there are not still strict guidelines and rules in place to combat the spread of the coronavirus.

Thanks to an uptick in the availability of vaccinations throughout the summer months, Canada remains near the top of lists of the nations with the highest percentage of vaccinated citizens. This has allowed Canadian passport holders to be on shortlists of countries whose citizens can travel abroad this summer.

Some countries need tourists to either be two weeks removed from their second dose of an approved vaccine (or one shot in the case of Johnson & Johnson) or to provide documentation stating that they have tested negative using a PCR within the prior two or three days before their trip.

However, Saudi Arabia not only requires citizens to prove they are fully vaccinated (with physical proof via a vaccination card), they also ask for a negative PCR within a 72-hour window of boarding their flight.

What Is there to See in Saudi Arabia?

Okay, so Canadians are now allowed to visit Saudi Arabia, but should they? What can they see or do once they are there?

There is a huge cloud of doubt that often hovers over Saudi Arabia. Due to its reputation as a conservative nation, Westerners are often hesitant about visiting. If a Canadian does decide to make the trip, what exactly are they going to see?

One of the most spectacular sites in Saudi Arabia-—if not the entire Middle East—is AlULa. This UNESCO world heritage site is home to hundreds of thousands of years of human history and boasts anthropological and archaeological importance in a beautiful setting.

Although Saudi Arabia conjures images of desert dunes and densely populated cities, the area of Umluj is gaining steam as the best place to visit in the entire country. With pristine waters and white sands, it has become known as the ‘Maldives of Saudi Arabia’ and is well worth a visit to escape the heat.