Name Meanings: A Great Topic For Breaking The Ice In the Conversation

by Isabelle Jones
in You May Also Like
Reading Time: 4 mins read
23 1 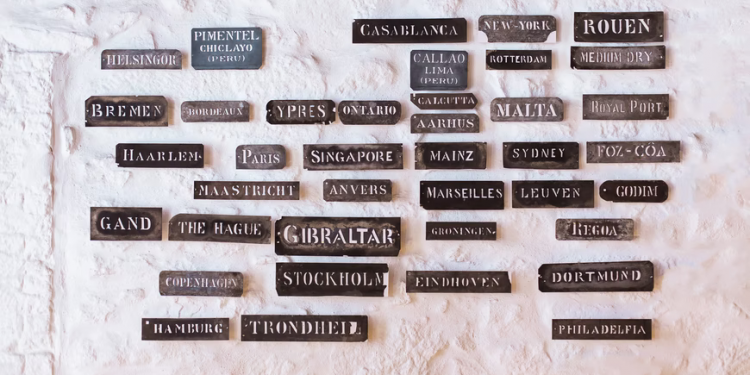 One of the great things about a name is that it can be a powerful source for starting a conversation. When people ask you what your name means, they are asking more than just “what does it mean?” They are inviting you to tell them more about yourself and show some interest in who you are as an individual. You just have to learn how to turn this simple question into an opportunity for getting to know each other better. However,  it is also very important not to take this question too seriously, so you should have some fun with it. Here are some ideas on how you can use this topic to start a conversation and get closer to the person you are talking to.

Tell Them About Your Name Origin

Do you know where your name comes from? Many people think that knowing a little bit about how their names came into existence can be very interesting. For example, if your name is Doris, you could tell them that it was originally an ancient Greek word that meant “Gift”. On the other hand, if your name is Willian, you could say that this English version of Wilhelm means “Strong Protection” in German. You do not have to come up with a set story every time someone asks you what your name means. However, if they ask and you don’t have any idea about where it comes from, then try asking yourself what would make sense for its meaning. This will help strengthen the bond between the two of you, as it shows that you are a little bit modest and have the willingness to put some work into making the conversation go well.

How can technology help you get fit?

Ask Them About Their Name

This is probably the most popular question that people ask each other about names. They will expect you to do that as well, so it would be a good idea to go with the flow and turn this topic into an ice-breaking opportunity for both of you. It is even easier if the person you are talking to happens to be Irish since Irish name origin tends to be a very interesting topic, so everyone is usually excited to talk about it. As seen at www.celtictitles.com/blog/irish-names, the meanings of Irish names can tell you a lot about their history, culture, and traditions including their family interests and hobbies. Therefore, it is an easy topic to discuss and will put both of you at ease almost instantly.

Use Names To Talk About The Things You Like

Some people prefer using names as a way of connecting with others through a common interest in hobbies or activities. For example, if the other person asks about your name’s meaning and you say that it means “Loyalty” in Arabic, then they would probably ask why that is your favorite quality. In this situation, you could talk about how important loyalty was for you when you were growing up or how much value you place on being able to count on someone no matter what happens. Since you chose a name from another language, it shows them that there is more to you than they initially thought and allows them to find out more about you.

How Would You Describe Your Name?

They might ask how you would describe your name in just a few words, expecting something like “sunny” or “intelligent”. However, if you go off script and choose something that is not what they were looking for, it will help create some humor and be more memorable for them. For example, suppose your name was Hana and you said that it means “loving hands” in Japanese. When they asked why did you choose this answer instead of one of the others, mentioned how your name sounds a little bit serious to have such a happy meaning behind it.

Use Their Name During Conversation

Remember how it felt when someone else called you by your name for the first time? The person who is speaking with you now feels exactly like that, but instead of it being a small little moment between two people, this is something that happens every single day via different encounters. So why not show them some recognition once in a while by using their name? When you say “Thank You” or ask them a question about what they do over the weekend, make sure you mention their name too. This will make them feel special because you are giving them your complete undivided attention. This will help create a bond between the two of you that is stronger than what they have experienced before with other people.

These are just some ideas on how you can use this topic to get the conversation going and help both of you learn more about each other. The goal is for both of you to gain a better understanding of your nature and interests together with having fun along the way. Just make sure that it stays casual since too much pressure will push most people away.

Dan Herron – From Shore 2 Shore for Team Hope in Motion