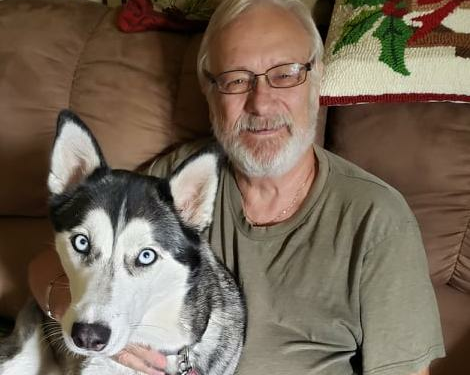 “During the interview for this year’s Veterans story about Marvin Plumadore, he asked several times if I knew of anyone else – perhaps someone more deserving than he, to take this place of honour, yet meeting for the first time a few weeks ago, I could see from his expression that the honour was all mine.”

With sage advice from his older self, Marvin Plumadore is a self-made man. Known as the Karmic Law of Connection, Sagittarians with the soul # of 6, hold special missions in life, whereby the seemingly least important things are tied inexplicably to everything else, for in this extraordinary journey that is Marvin’s life, things did not always come easy.

Known as the best mom anywhere, Marvin’s mother Stella is a cancer survivor and fiercely independent woman who enjoys a good laugh as much as anybody. Taking pride in being a homemaker, Stella could bake 15 loaves of bread a day in her heyday. Teaching her kids to respect their elders, she’s also known for reminding the boys to compliment their girlfriends or wives. Marvin hears his mom’s voice in his head all the time, as he makes sure to call everyday no matter the time – even though as the oldest, Stella spoils him – but don’t tell anyone.

As a young Veteran, Marvin’s father Lloyd rented a small home in the tiny hamlet of Moulinette, Ontario, in which he would raise his family. Accepting change like a passing breeze, the young couple relocated when the Seaway was flooded, finding friends around every corner in the sheltered grove of Cornwall’s west end. In homes on King, Hickory and Smith Streets, Lloyd was a five minute walk from Howard Smiths where he worked as a shipper-checker.

On weekends, he tended bar for tips at The Royal Canadian Legion, Branch # 297 and began volunteering on the side. One can only imagine the sheer number of stories and friendships built back in the day.

Pouring hockey rinks into the wee hours of the morning and playing ball with his kids, Lloyd was an illustrious dad with a heart of gold. Poor but rich in spirit, Lloyd’s motto of ‘Help when you can’ inspired his children to volunteer at early ages. Instilling the idea of never looking down on anybody – because one day you could be him – stands as true today as when it was first spoken. Mentors like this don’t come along every day but they sure have inspired the most sacred relationships.

However long the journey through our stories, Marvin losing his dad at 22 led him to find Credo in the ideals of John Wayne, loud music and hard work. When a thread makes its way to you, holding fast is the only answer, so getting right to it, Marvin cut lawns, chopped wood, started a professional painting business and worked as an orderly at the Sanatorium while tending bar at the Legion when he could.

When he was 31, Marvin was introduced to Peter Morgan and Gerry Grant. Seemingly handpicked from heaven, the two worked as a tag-team in both the Kinsmen and Optimist Service Clubs, bringing Marvin under their wings. Gerry was a decorated war Veteran, and together with Peter, worked hard for the city serving Vets and youth at risk. During his first year with the Children’s Christmas Fund, Marvin’s heart knew no bounds. He was finally able to give for the right reasons. From that early start to present day, Marvin and many thousand volunteers like him bring the child out in all of us each Christmas at the Cornwall Armories, handing out food and toys to needy families, where the energy of emotion is so palpable it’s hard to know the kids from the adults.

2021 marks the 100th Anniversary of the Remembrance Day Poppy in Canada. Even with Marvin’s dad and uncles in the Service, it’s interesting to realize that any generational Canadian whose relative served their country can hold an Associate Legion Membership, so get out there and sign up!

‘Considered too important or valuable to be interfered with, Canadians respect for and honor of its Veterans in two minutes of silence on November 11th, reflects the freedoms our Veterans sacrificed for us.’
https://legion.ca/join-us

From a long standing grove of lush green trees deep within the forest of friendship, we see Marvin’s 38 years of Service to the Legion through the eyes of its members. Of all the happenings historically sacred this year, Marvin’s mom Stella turning 91 in July, holds special reverence. And although Marvin doesn’t think he ever got his chance to prove himself to his dad; legions of families young and old are humbled to follow in his footsteps and remove their caps in his honor.