7 Outstanding Experiences That You Should Definitely Consider When In NYC 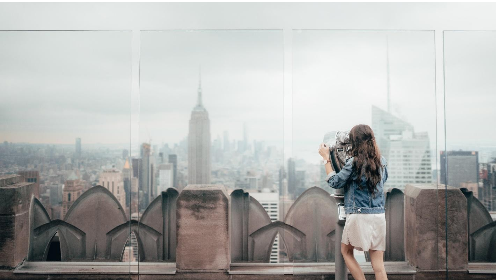 New York City is for sure one of the most attractive destinations in the world and people who live there tend to describe it as a huge jungle where hustle and bustle are constantly present. On the other hand, this city is so diverse that you almost get a feeling as if you will never be able to experience everything it has to offer.

You could go there million times, and every single time you would uncover something new and interesting. Now, if you’ve never been there before then you should prepare yourself for a challenging task.

Why is that? Well, it’s because you have to figure out where to start and that can be truly difficult when it comes to this gigantic city. But don’t worry! Below we put together some amazing suggestions that will help you get to know NYC as much as possible.

Things You Must Do When In New York City

Chinese New Year is determined by the lunar calendar, which means that the date changes each year, however, it’s always during the mid-winter. This is the perfect time for New Yorkers to celebrate it by organizing a joyful parade.

Little Italy and Chinatown are then filled with martial artists and shimmying dragons. Festivities of this kind are especially appealing to the families, and a majority of them tend to go to Sara D Roosevelt Park to continue their celebration. Out there they will come across talented dances who represent the Chinese zodiac’s signs, as well as the fireworks.

NBA Basketball in this city is for sure one of the most popular events. New York City is home to two huge NBA teams, and the New York Knicks are definitely the most popular one. Literally every single year, most New Yorkers are in hurry to purchase tickets for NBA games because they know they will have the opportunity to see some of the biggest basketball stars in the world and be among the twenty thousand spectators. Truly an amazing experience even for the ones who are not avid basketball lovers!

What Else Is Worth Mentioning?

Instagram may frequently be flooded with various pictures of people drinking out of pineapples while there are on holiday. Luckily, you do not have to be at the beach to experience something like this.

If you live in New York, or you’re planning to visit it, then out there you’ll be able to do exactly the same thing, to be more precise, at Smorgasburg. Namely, this outstanding food market consists of one hundred local vendors that manage to sweep tourists off their feet every single weekend. Just bear in mind that lines are huge, but worth every second if you’re in the mood for some delicious food.

Broadway Shows As A Must!

Even though movies are a great form of entertainment, there’s something about theater that’s definitely more engaging and magical. If you share this opinion, then you should definitely attend one of the Broadway shows.

Fortunately, Broadway tickets are not as expensive as they used to be and they can easily be obtained online. This will allow you to experience popular shows like Frozen Broadway, Aladdin Broadway, and many other spectacles.

If you’re a huge cinephile and you’re planning to visit New York City in the spring, then you should definitely circle this event. You will get the chance to see spectacular independent movies for two weeks.

This event has first started almost twenty years ago (back in 2002) as a response to the terrorist attacks that have occurred in September. In the meantime, it has become very popular, so if you want to experience their diverse collection of high-quality films, then proceed to Lower Manhattan where it takes place every year.

It doesn’t matter whether you’re an American or not, this is the place that you should definitely pay a visit to, to remind yourself of the tragedy that has happened almost twenty years ago. This museum is a true masterpiece that pays homage to all lives that have been tragically lost that day.

If you’re a huge fan of jazz music, then you should surely take some time to go to one of the best jazz clubs in New York City. It provides music lovers with spectacular performances every day at 8 p.m. and 10:30. Some of the biggest names in the music industry have performed here, such as Ray Charles, Sarah Vaughan, and many others.