Police Efficiency Is Greatly Increased With These Tech Gadgets

by Isabelle Jones
in You May Also Like
Reading Time: 4 mins read
30 0 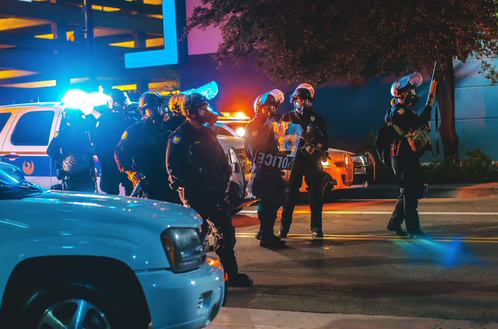 Technology has surely impacted virtually every aspect of our modern-day lives. These promising technologies are being adopted rapidly by law enforcement agencies to prevent crime effectively. From deploying surveillance drones to tracking suspects via satellite,  many gadgets and technologically advanced tools are being utilized for effective policing. Let’s dig in a bit deep to know more about these tech gadgets and their impact on police efficiency.

A thermal imaging scope is a crucial tool used by the police to help navigate the terrain and identify suspects in pitch dark conditions. These thermal gadgets come in various form factors and specifications that are used according to the situation. The devices operate on the mechanism of infrared imaging, which is capable of detecting heat emissions from objects. Captured emissions provide a heat picture to the operator, informing them about the objects ahead. Besides identifying suspects, thermal imaging is readily used in disaster rescue missions and situations alike.

The technology behind facial recognition is sophisticated enough to detect individuals from a crowd using ordinary cameras. Facial recognition is powered by artificial intelligence (AI) that is trained to perform real-time scans and search for potential facial matches of suspects. However, the technology still has minor chances of falsely identifying suspects. For that reason, many activists don’t support the use of AI for surveillance.

Similar to facial recognition used on still pictures, video surveillance can identify individuals in video footage using analytics software. The tech is advanced enough to be trained to locate objects like vehicles, clothes, or bags that can be tied to suspects. Developed by major tech companies, a majority of police departments are using this video surveillance tech.

It is crucial for law enforcement agencies to respond promptly. Conventionally, a rapid response team is responsible for mediating calls, dispatching units, and maintaining records of dealt cases. There are a lot of high-tech computerized tools that are already being used by police departments and not only does it facilitate the whole process, but it also cuts down on costs of operations. The use of quick response systems has shown positive results like improved efficiency and timely public service. There is a variety of different software with different variations that are used according to the requirements of relevant authorities.

It might seem like coming straight out of a sci-fi movie, but law enforcement agencies are using algorithms to carry out surveillance in this technologically driven age. Not only that but the system is also being used to identify alleged culprits even before a crime occurs. The AI algorithm is trained by giving relevant data and commands that allow it to self-learn.  The system evaluates individuals on a plethora of aspects like behavior, past criminal record, recent activities, and related information to determine the tendency of an individual to commit the crime. Furthermore, the system can even tell the places where crimes might be committed shortly. Most human rights activists and concerned people have opposed the use of such tech to hold individuals accountable.

It is now easier to monitor areas using portable drones, surveillance towers, and lightweight monitoring equipment. Drones come in handy in surveillance missions, mapping areas, monitoring the flow of traffic, and helping out in search and rescue operations. There are a variety of drones with different features being used by the police to tackle various scenarios.

The advancements in robotics have eased up police operations, especially in life-threatening situations. Robotic cameras with audio and video surveillance are frequently used to map out areas that are potentially dangerous to reach. Law enforcement also uses movable robots which can explore uneven terrain, climb walls, and are durable enough to sustain falls from high altitudes.

Technology is an ever-evolving tool that we constantly work on improving generation after generation, in an effort to better facilitate our everyday lives and make matters more accessible and efficient. Soon we might see a whole new variety of gadgets and tech tools being used by law enforcement agencies in the coming years. However, there is a fine line between ethical and unethical use of such technologies; a lot of debates and discussions are questioning, and rightly so, the frame and structure through which these technologies are introduced into the world in an effort to curb their unethical uses as much as possible. We hope that you have developed an understanding of the tech gadgets used by police and the way they impact the outcomes.