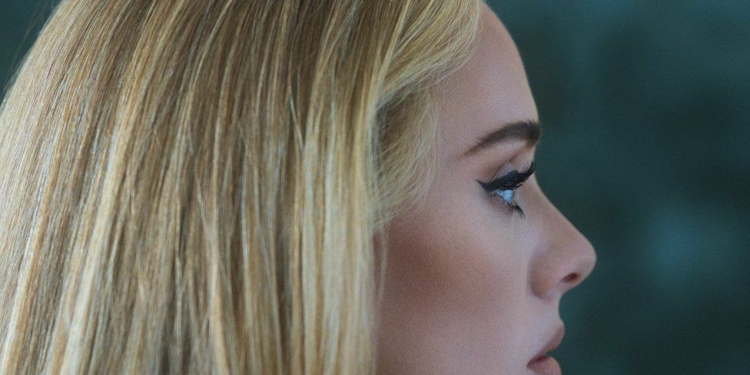 This past month, Adele released her fourth studio album. Following the titling theme of “21” and “25,” this album, titled “30”, discusses Adele’s experience with maturing as a person, going through a divorce, and raising her son. Throughout the 58-minute run-time of the album, these themes are looked at in detail.

Over the course of the twelve songs of the album, I noticed that I felt a deep connection to a lot of the stuff Adele was articulating. Now this wouldn’t be anything special for many of the albums I deeply relate to – people often find themselves attracted to relatable music – but Adele is a 33-year-old British woman vocalizing her experience raising a child. In no way should I, a high school senior, sympathize so strongly with a majority of the things she expresses. To me, that connection is what makes the album so special; no matter who you are or what your background is, you can relate to what Adele has to say.

For instance, the song“Love is a Game” spoke to me personally and I found myself understanding Adele’s love-life struggles, even though I have never been in a relationship as serious as a multi-year marriage. Many albums lack sincerity, but I feel like Adele really only put songs that were made up of 100% authentic emotions onto this record.

The key to the success on this album for me is striking a flawless balance between going into too much detail and being to generic or corny. I noticed that in songs such as “Easy on Me, ”Adele perfectly balanced stereotypical pop-music tropes with sincere personal experience. In doing this, the music isn’t experimental to the point where it’s unenjoyable, but it also isn’t generic to the point where anybody could recreate it. It’s truly a one-of-a-kind project and one of the best pop albums I’ve ever heard.

This is only elevated by the exceptional instrumentals throughout the album. The whole album is soul-inspired, and many of the songs feature sensational gospel/choir instrumentals that elevate the emotional impact of the song. In songs that don’t have these types of instrumentals, you’re sure to hear beautiful soul/jazz inspired piano. This fusion of genres is so unparalleled to me; the product is a one-of-a-kind, genre-bending, emotionally rich LP.

Other than a small blip in the record from songs 4-6, the theme progresses perfectly. It follows a chronological timeline of Adele dealing with her breakup, then to her trying to find new love and feeling bad for it, and finally to a message of self-acceptance, especially in the third last song,“Hold On,” where, with the help of her friends (portrayed by one of those aforementioned choirs), she comes to realize that she will get through her situation and become stronger because of it.

It’s the highlights and messaging like this that make the album so beautiful. Simple messages portrayed in standout ways that really speak to the listener. The album doesn’t feel bloated, the production value is heavenly, none of the instrumentals are bland, and Adele’s vocals, as usual, are marvelous.

Thank you all for reading this review, and I am proud to say, this album is genuinely perfect. 5/5

Donating a Treasured Item to a Registered Charity for a Taxable Donation Receipt.