Are schools reopening a recipe for disaster?

by Editorial Board
in Editorial, News and Announcements
Reading Time: 5 mins read
49 4 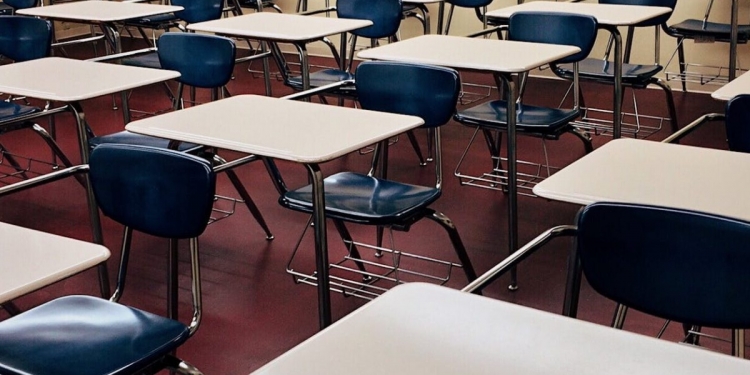 It started with a mild stomach ache and nausea. I kept him home from school. Soon he developed a high fever and a cough. As you probably know, I was on top of this “pandemic” situation and was already preparing for it. When I saw him showing typical covid symptoms, I immediately put him in quarantine in his room. I cracked open the window for air circulation and brought in a humidifier. Nobody else got sick.

For the next 14 days, he was confined to his room with very little interaction to the outside world. If he needed us, he would call on messenger. If I had to go in there, he wore a mask and I put on my N95. For 10 of those days, he ran a fever above 103. We took him to the hospital twice where he was diagnosed with pneumonia. Of course, there was no testing back then, so there was no formal Covid diagnosis. At that point, I probably knew more about the illness then doctors did–they were quick to dismiss the possibility. But his chest x-ray sure looked cloudy, much like those taken in people developing Covid pneumonia. Having had five kids, I’ve seen my share of illnesses. This was something different. Despite medication, the fever just wouldn’t go down and he was extremely lethargic. Never had I been more scared as a parent.

I spoke to his teacher who told me many kids and her class were absent. I’m assuming he picked up the illness at school. I am no epidemiologist or expert in the field of health, but I know something about motherhood and having had 5 children gives me the authority necessary to speak on the matter and I know when one child gets sick, the entire family normally does. I even remember one year, they just kept giving each other the same cold, over and over.

Which brings me to schools reopening.

My kids have not been in school since March of 2020. Quite frankly, I thought my son was not going to make it as some points during his illness. I didn’t want to go through that again. It was a calculated choice my husband and I made and didn’t take lightly. We did consider the mental health factor, and we are lucky because we do have three children at home, so they are not completely isolated. Had we had an only child, the decision might have turned out differently. So I understand fully that mental health would be a deciding factor in schools reopening.

Parents have been promised time and again that schools would be safe. They also have been told that schools would be first to reopen and last to close. However, in the last month, the sharp increase in Covid cases, lead by Omicron, has rendered schools even less safe then they were. The debatably reckless subsequent actions taken by the Ford government didn’t help. From the decision to stop reporting school cases, to the lack of availability to third doses and rapid tests, especially in the regions, educators and parents are left worrying.

Parents have been told repeatedly that school cases are not originating in schools. Then, how do you explain that by the end of December in Ottawa alone, merely weeks after Omicron’s discovery, there were over 15 elementary schools, 11 high schools and 14 daycares in outbreaks? As per the definition on the Ontario website, “an outbreak in a school is defined as two or more lab-confirmed COVID-19 cases in students or staff (or other visitors) in a school with an epidemiological link, within a 14-day period, where at least one case could have reasonably acquired their infection in the school (including transportation and before or after school care).” So clearly, there ARE cases acquired in school, and taken into the community as a result.

With the new way of monitoring, parents will not be made aware of cases, but will be informed only when more than 30% of the students and staff body are absent at their school. How can we fail to see that with Omicron being so contagious, if 30% of the school is out and showing symptoms, many more are walking with it unaware. In fact, that 30% probably went to school in the previous days before symptoms showed, and transmitted it to others, who are now themselves asymptomatic and transmitting to others. Knowing this, isn’t it completely insane to reopen under these guidelines?

The only thing we can do in the face of this virus right now is mitigate. Cases are at an all time high. Hospitalizations are at an all time high. Already, life saving procedures are being indefinitely postponed. Health care workers are stretched so thin that we are considering keeping them on the clock even if they are sick. While I understand that our children’s mental health is super important, isn’t protecting those who are in charge of caring for all of us equally important? I truly fear that schools reopening right now will result in an unmanageable surge in both cases and hospitalization, and break the fragile balance established over the last two years. Our ICU bed capacity is decreasing every day. As of now, we have 498 ICU beds left in this province. As we put thousands of students and teachers in a setting where social distancing is almost impossible, where they are potentially exposed for hours at a time without proper testing and masking, we will run out of space. Where will we go when we need help if there is no room for us? Our health system is on the verge of collapsing. If there was any point during the pandemic where the so-called “emergency break” needed to be applied, it is now.

Kids are resilient. They will be ok. We know this virus is largely seasonal. It would be safer to hold off for another month or two. We have made so many sacrifices over the last two years. Was it all for nothing? That’s it? We are just throwing in the towel?