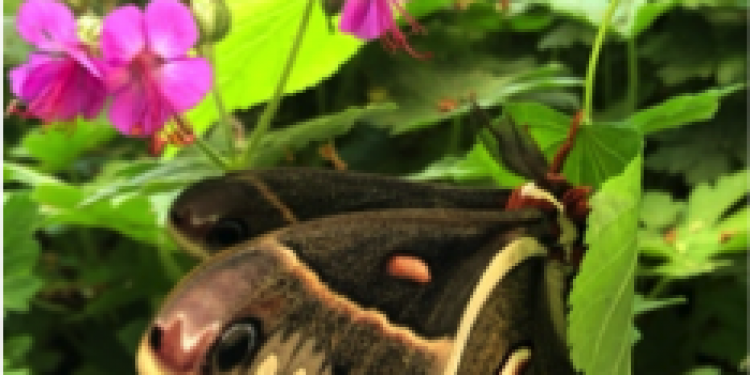 Although Transition Cornwall+ has been around for over twelve years, I still run into people who have never heard of us. I’m not sure if that’s a failure on our part for not getting our message out or because the climate crisis simple doesn’t show up on some folks’ radar.

Seeing the need to transition away from our dependence on carbon-based fuels, a small group of citizens kicked off climate action at an event on October 24, 2009 at the library called The Show of Hands for 350! It was part of the International Day of Climate Action. The intent was to alert people to the need to keep the carbon in our atmosphere below 350 ppm.

The Cornwall Carbon Reduction Initiative was already underway in the City and an article in Orion Magazine about the Transition Town Movement proved to be a road map for how to continue the transition work in the City and surrounding areas, (the ‘+’ in our name). Transition Cornwall+ was officially launched August 18, 2010, at the Community Gardens on Water Street. The early years were spent building awareness through movies, presentations and discussion circles to municipalities and community groups.

In 2011, Transition Cornwall+ met the criteria to become an official ‘Transition Town’, which meant the we became one of hundreds of like-minded communities all over the world, who were“…dedicated to building resilience and sustainability through local actions in response to climate change, resource depletion and economic uncertainty”. We were officially endorsed by the city on April 13, 2013 when Cornwall City Council passed a resolution to “collaborate with Transition Cornwall+” and we were invited to have formal representation on the Municipal Environmental Advisory Committee.

Now, twelve years later, it was very encouraging to have Cornwall City Council vote on December 13, 2021, to declare a climate emergency and to commit to reduce greenhouse gas emissions in the city to 40% – 50% below their 2005 levels by 2030. This is a huge positive step by the city since Transition Cornwall+ began to advocate for reducing our dependency on fossil fuels.

To focus on the critical areas, we have established four “Action Groups” – Food, Active Transportation, Waste Reduction and Tree Action Arbre. We are also a Working Group of the Social Development Council of Cornwall and Area as we each have overlapping goals.

Our first large public event in 2012, called ‘Wintry Amusements’ was held at the Library. It’s goal was to provide an alternative Christmas party, showing how we can come together as a community to celebrate and have fun, without the usual consumerism, when we involve craftspeople, storytellers, musicians, games and learning from our indigenous neighbors.

Our second large public event in 2013, called the ‘Incredible Edible Plant Festival,’ brought together partners to show how anyone can grow a little of their own food. The family-friendly event included gardening advice on growing food, music, costumes, and games along with giving away about 150 potted vegetable plants that people could grow in their garden or even on a small verandah. We also planted vegetables on several city properties, such as the firehall, which would provide vegetables free for picking. This year, at the ninth annual festival, this popular event has grown to where we gave away 2800 plants to encourage the steps toward food security and thus build local resilience.

Other Transition Cornwall+ achievements include drafting the City’s Tree Canopy Policy, working with the City to achieve its ‘Silver’ status as a ‘Bicycle Friendly Community’, holding an annual ‘Seedy Saturday’ event to get gardeners started for each growing season; planting a tiny urban forest adjacent to the library as an oasis and an educational tool; and advocating for climate friendly policies in all municipal official plans and strategic planning exercises. Hundreds of other films, events and articles have increased the public knowledge and awareness of the need for urgent climate action.

What can I do?

Many people are now fully aware of the need for urgent climate action. In a recent CBC program, The Current, there were many ideas presented on how each of us can be part of the solution, however there is still the feeling that our individual actions, whether that’s driving less, flying less, sharing, bartering, home insulation, or changing our eating habits, are too small and insignificant. Still, the people interviewed by Matt Galloway confirmed that individual actions have a huge cumulative impact and that we must all do just ‘do something and not nothing’! In the program, some of the most empowering ideas came from small and medium sized businesses. Business owners on the program encouraged other employers to take small steps like creating Climate Squads to welcome in their employees to look at reducing the top sources of energy use. It could be in transportation, waste reduction, refrigeration, heating or lighting. Empowering employees to bring ideas, enthusiasm and solutions can be very productive and of course, is just as valid at the municipal government level as it is with businesses.

Some businesses have taken the step to achieve ‘Climate Smart Certification’, which is an award-winning training program that helps small and medium businesses in every industry to create a greenhouse gas inventory, then devise a GHG emissions reduction plan to take action and make change. Other companies tackled these steps to reduce their energy and carbon use on their own, making use of tools such as Project Drawdown.

Municipalities like Cornwall will join groups like Building Adaptive and Resilient Communities (BARC) and Local Governments For Sustainability (ICLEI) to gain expert knowledge on how municipalities can fight climate change.

When employees work together in a Climate Squad, they get a better idea of what’s involved in the hard task of making changes. All of us can take individual actions but when people work in a group they can be more effective in advocating for urgent policy changes at a government level. So talk to your employer or your friends and neighbors about forming a Climate Squad and ramp up your efforts to not only take effective climate action but save yourself and your company some money too.

Transition Cornwall+ is always looking for ideas and to engage new participants so please connect with us at www.transitioncornwall.com

LTE - A letter to gofundme