Confidentiality and trucker convoy gofundme LTE — when privacy is essential 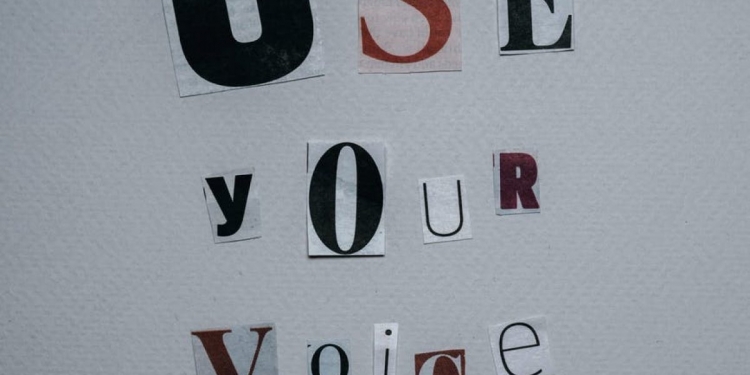 Photo by Polina Kovaleva on Pexels.com

In a perfect world, we’d all get along. Unfortunately, this world is far from perfect, and hatred between people holding different views is at an all time high. Tolerance is low. So when we received a letter to the editor about the upcoming trucker convoy en-route to Ottawa, with a request to withhold the name of the author, we had to pause and think.

As a general policy these days, all letters to the editor are published with a name. While some would say that it is unethical to publish anonymously, it wasn’t always this way. Until the 50’s and 60’s, it was common practice for LTEs to be printed anonymously.

To be clear though, the writer isn’t anonymous. We know who they are. For what we believe are valid reasons, we chose not to let YOU know.

This topic is an important one. The writer had a valid point and raised serious questions about GoFundMe, and about how funds are being dispersed through the organization.

It is in the public interest to know that there are absolutely no guarantees whatsoever that Tamara Lich, the individual who started this GoFundMe campaign, will put all of the money collected towards “helping with the costs of fuel first, and hopefully food and lodgings to help ease the pressures of this arduous task.” As of press time, GoFundMe, in an email to CTV, assured that the “Funds will be safely held until the organizer is able to provide the documentation to our team about how funds will be properly distributed.” But only time will tell.

What I do find interesting, though, is that this same Tamara Lich is the Secretary of the Maverick Party in Alberta, a party that “strives to achieve greater fairness and self-determination for western Canadians through constitutional change, or the creation of an independent nation.”

But back to our writer. The current argument against publishing a “name withheld” letter is the typical “If you don’t have the guts to sign your name, you don’t deserve to have your say.”

That’s an easy argument coming from writers (many writing under a first name or pseudonym) more often than not white and male, and completely entitled to their opinion.

But what if the writer is not that? One could argue that the very purpose of an LTE section is to give a voice to the voiceless. If a voiceless person fears for their safety for speaking up about a topic, should we censor them? Does their opinion count for nothing?

I would argue that it’s quite the opposite. It takes but a minute of your time to browse through the comments this post has generated, to see why it was important for us to protect the writer’s identity. From threats to “kill our business”, to advice to “watch our backs”, to attempts at discrediting everybody who works here, for no other reason than the fact we published an opinion piece that many disagree with, we’ve seen it all. Comments directed to the writer included “I hope you choke on the food the truckers bring you,” “Go find a hole and die,” and my favourite? “You’re lucky you’re anonymous.” That says it all.

The questions were raised, the opinions were stated. Who penned the letter is utterly irrelevant to the issue. Other than a malicious intent to find the person and harass them online about their views – or worse – there was absolutely no added value to publishing the name.

As Bill Reader asked in his piece “A case for printing ‘name withheld’ letters.” published in 2002, “…can a newspaper that refuses to publish letters without names honestly describe its letters section as a true “public forum” that is really “open to all comers” and supports the “traditions of democracy”? Or are “must sign” policies more akin to requiring voters to sign their ballots? The difference is that editors have the constitutional right to publish or not. The question is whether we live up to the spirit of the First Amendment when deciding not to give “A Citizen” his say.”

Isn’t freedom of speech one of the main reasons truckers are rolling into Ottawa in the first place?

I AM VAXED AND I AGREE YOUR BODY YOUR CHOICE,I BACK THE TRUCKERS.JUST HOPE ANY MONEY RAISED IS BEING USED FOR THEM AND NOT POLITICS

It’s amazing that people would even question the decision from a news outlet to publish or not publish, with name or without name. They’re screaming freedom of speech when they feel they can’t express their views, but when it’s somebody else’s freedom on the line, they feel entitled to control it. SMH.

The divisiveness in our country did not start with Covid. We have been divided for generations. There has been the anti-Indigenous divide (that continues to this day), anti-Chinese divide (yup…still going strong), anti-Black, antisemitic, anti-French, anti-English…the list goes on. We have been divided socially, politically, and have rarely been polite about it.
Most division is based on the lack of information – ie: Even though I know nothing about your issues as a Black, Queer, (fill-in-the-blank) person, I hate you. Often, our biases are so deeply entrenched that, even given the information, we continue to hold on to our beliefs.
These divisions became uglier and more pronounced with the advent of Trump and his followers: Trump did not invent racism, classism, etc. He simply created an atmosphere that allowed it to go public.
Our divide about Covid is no different. In following what we believe folks in power are saying, we struggle against what we perceive to be tyranny and oppression. We focus on the “me” rather than the “we”. There is no “we” unless it suits our purpose. That over 95% of doctors, researchers, scientists state that masking up and getting vaccinated is for the greater good matters little.(Note that during the flu epidemic of the early 1900s, masking up was also advised.)
So the question becomes, why are people do divided? Both sides have become entrenched in their positions and cannot/will not listen to the other. And while I would like to say that I respect everyone’s opinions, when those opinions endanger and/or oppress others, I stop listening.
I support truckers. The 95%who are vaccinated…for EVERYONE’S safety. Vaccination, much like a trucker’s driving license, has become a job requirement. No one is forced to be vaccinated. But, if they want the job, they need a Covid vaccine.
These are unprecedented times and with these times go unprecedented measures.
And until someone comes up with a better idea, I will listen to the real experts.

2
Place YOUR ad here now
No Result
View All Result