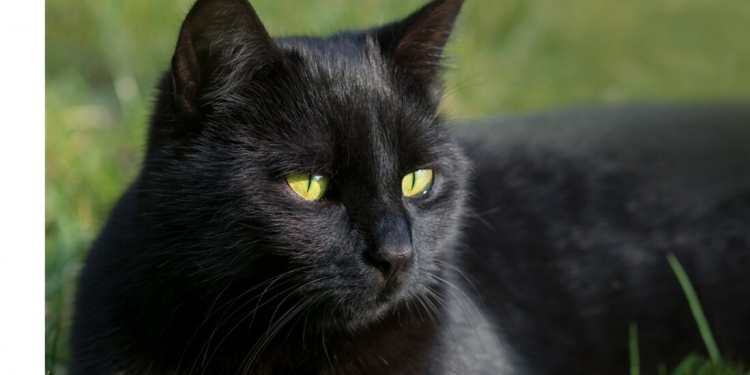 “As we move into the coldest season of the year, my partner & I lost a beloved pet. At the same time, we were given an incredible opportunity to participate in another’s rescue through the most amazing network of neighbors, so I dug around and found this story written for the Writers Group in 2019 about our Casey.”

In the springtime of life, Casey was one cool dude. Curled up on the screened in wrap-around porch next door, our neighbor set out a saucer of warm milk with kibbles everyday at noon and four.

Catnip flourished in the deep grass along the brownstone, where often times in the night, deep growls were heard amongst rivaling felines.

Sunday mornings he’d be there at the window to greet us. If we had eggs, Casey shared the bacon. Perched on the ledge is where he’d sit. In his dusky coat of short black hair that begged to be brushed, I could see the years roll away in his eyes of golden pearls. Into the summer of his eighth year, I suppose Casey chose to walk with me.

We’d often meet in the shade that lay between, before or after work. Back from shopping or catching the bus – there he was – back from another scrap. Torn ears and a little bit of deafness couldn’t stop the little motor running from the slightest chest rubbing. Tough on the outside, Casey was jelly pudding with the heart of a kitten on the inside.

As cooler weather approached, we watched for him. He’d be gone a week or more, and back with some other injury. Out in the chill, the old neighbor moved away so we turned the microwave box into a cozy bedroom with side entrance, equipped with enough straw insulation for Canada’s coldest winter. Another neighbor moved in and together, we kept Casey warm through the worst of it with more food than he’d seen in a lifetime. Once spring rolled around again, Casey spent more and more time away from ‘home’. At the end of summer in ‘86, we got ourselves a little ginger tabby from the pet store. Coming home in a box straight out of the circus, Hodgie found his way amongst the neighborhood cats.

Bonding with as many strays as possible, it wasn’t uncommon to hear messages on the machine, that someone had found our ‘lost cat’. Imagine our surprise to find Hodge and Casey atop the neighbors shed. It took till the end of the summer to figure out how they did it. Jumping up the usual way wasn’t as much fun as climbing up the clothesline pole and vaulting across the 12 foot expanse to wait for their silly humans to come figure it out.

Over Christmas, Casey grew slow and lethargic, striking a lopsided pose with missing teeth and fur. Late from work, he wandered over and growled for the first time. It wouldn’t be long now as I warmed up a plate of moist. At 7 that night I walked down the laneway for my ride to Christmas dinner, when along came Casey in his shuffling, warbling manner.

Reaching to pick him up, I buried him in the folds of my new down-filled jacket. We stood together under the streetlights and lightly falling snow and in my sing song voice of open windows and colored dreams, I promised Casey I’d remember him in the face of every black kitten to grace my door. In a moment that felt like forever, he shivered from one end to the other with a purring that follows me still.

In all, there have been four black kissies in our house. Our Casey, Merlin, Henry and Clifford, yet none compares to the first rough and tumble, wherever he may be.

Neighbourhood Cats Network is a collective of colony caretakers & neighbors in the Adolphus & Fifth Street region in Cornwall, who help each other, help feral and stray cats independently and/or in collaboration with rescues. The group shares traps, recovery kennels, TNR knowledge/contacts and transportation, whose purpose and origin lies in collaborative work with local rescues & trap-neuter-return initiatives.

Working towards reducing the number of kittens being born outside and breaking the cycle of feral /stray cat reproduction and neglect, connected the neighbors like no block party ever could. In the two years since its inception, the collective of colony caretakers became more friends than neighbors.

Bonding over insulated heated shelters, buying food and fundraising through individual donations for an out-of-province vet in Quebec who understands their mission, and for creating a fostering system inside of their homes has helped to make Kissy Faces out of some of the most feral street cats.

Special thanks for small co-incidences on two legs.