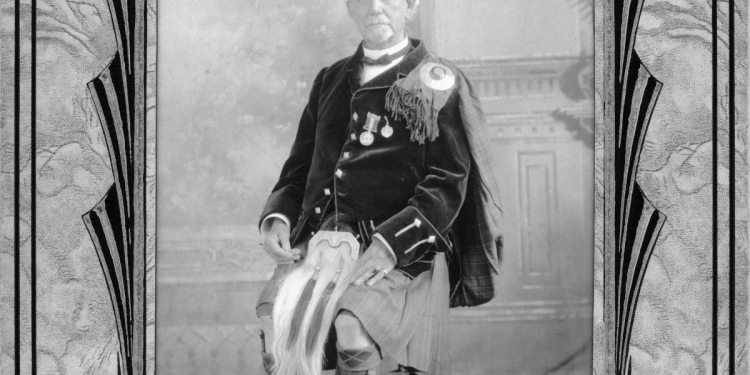 Cornwall has always had men and women who have put their community before themselves.

Now largely forgotten, Duncan Monroe was for more than half a century one of these people.

In 1901 it was reported that, “Mr. Monroe has frequently been solicited to accept honours at the hands of his fellow citizens, and were he to offer for the highest office in the gift of the townspeople serious opposition would not be thought of.He prefers, however, to lead a peaceful private life, and seeks no reward save that which comes from a consciousness of duty well performed.”

Born in Charlottenburg Township (South Glengarry), his father, a blacksmith, arrived in Canada from Scotland in 1832 and two years later married Catherine McMillan from Lochiel Township (North Glengarry).Monroe attended schools throughout Glengarry, where helearned to speak Gaelic.After finishing school he moved to Buckingham, Quebec, to work as a general store clerk for seven years, learned French and joined the Orange Lodge.

He came to Cornwall in 1864 to work in William Mattice’s large retail emporium.After 13 years Monroe changed careers and became the agent for Royal Fire Insurance Company and for a while went into partnership with Garfield H. Cottrell to form Monro and Cottrell.

Making insurance “his life work,” Monroe was credited with representing “only the very best companies,” and by 1906, his reputation was such that he was the only fire insurance agent in Canada granted the authority to adjust all losses in his district.

Monroe saw the opportunities Cornwall offered entrepreneurs and joined a local consortium to finance Stormont Electric while branching out into other lines of the insurance business.

Monroe became one of Cornwall’s largest property developers, and the “Laird” of 5thStreet East between Sydney and Pitt Streets, where he built a row of four apartment buildings that are still standing across from his home, Cedar Brae.

His obituary noted that “he was one of those that guided Cornwall through 75 years of steady progress.”He was a volunteer miliatman during the “Trent” affair and both Fenian threats. When he was too old to volunteer he donated money towards the kilts and accoutrements of the 59th Battalion’s Cadet Corps when it was formed in 1907.

Keenly interested in education, Monroe acted as secretary-treasurer for the Board of Trustees of the Cornwall Public School for 62 years, and held the same position for the Cornwall High School Board.(CCVS). For many years he donated a medal to the student who achieved the highest standing in Canadian and British history.

Monroe served several terms on Town Council; as President of the Cornwall Cheese and Butter Board; Secretary of the Board of Traded (Chamber of Commerce); in various capacities in the St. Andrew’s Society, Sons of Scotland, Cornwall Club, Cornwall Lacrosse Club, Cornwall Curling Club, hockey and football clubs. He was also “a most enthusiastic golfer, and great admirer of Highland dancing and the skirl o’ the bagpipes.”

An Elder of St. John’sPresbyterian Church and loyal Orangeman, he served as Grand Master of Ontario East.Locally he was instrumental in the revival of Lodge No. 880, “and had the honour of having the lodge…named after him.”You can still see his name on the Lodge’s building above Melody Music on Pitt Street. While the lodge has often been viewed as a racist organization Monroe did not fit that stereo type . Monroe’s obituary related that “His affiliation to the Orange Lodge did not in any way tend to affect his tolerance or friendship with other creeds,” and he had the “warmest personal friends,” with members of St. Columban’s Parish.

From everything I read about Monroe, I thought he was a bachelor, until I uncovered one lone news story about his 50th wedding anniversary, typically however, the story did not give his wife’s name and even his lengthy obituary fails to mention her!