by Editorial Board
in News and Announcements
Reading Time: 1 min read
50 3 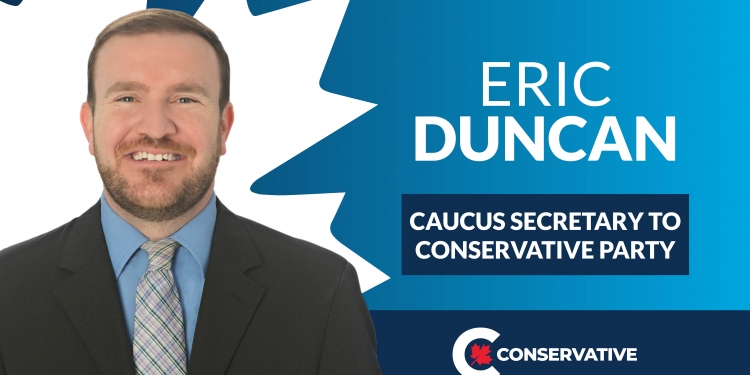 Ottawa, ON – Local Member of Parliament for Stormont-Dundas-South Glengarry Eric Duncan released the following statement after the Conservative Caucus voted to remove Erin O’Toole as Leader of the Conservative Party of Canada:

“Today our Conservative Caucus made the decision to order a leadership race to select a new leader of the Conservative Party of Canada. I fully respect the decision and look forward to engaging our members in the months ahead. We need to focus on uniting our Caucus and Party, and to focus on defeating the Liberals in the next election.

It is a difficult role to serve as a political leader and I want to thank Erin O’Toole, his wife Rebecca, and their family for the efforts and sacrifices they have made the past 18 months. I am personally grateful for the opportunities Erin provided me to serve our team and the experiences I’ve been given.

I am proud to be your Conservative Member of Parliament, and I’m optimistic about the chance to move forward and tackle the many issues facing our country. Our country needs a change in national leadership, and I will work tirelessly to elect our next Conservative leader as Prime Minister of Canada.”

Useful Tips To Help You Learn The Rules Of The Road