Are Racehorses Abused? Here Are The Reasons Why Horse Racing Is Cruel 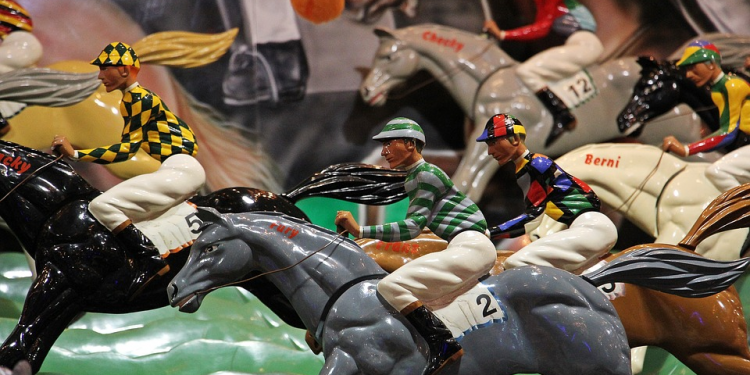 No one would argue that horses are abused. The question is: how?

There are several ways in which racehorses can be harmed, from being forced to run before they’re fully grown to taking painkillers and other drugs just so they can keep running. Horses also have their space confined by small stalls for hours on end, making them anxious and stressed out. In the worst cases, these animals will be euthanized after years of abuse when their bodies give up on them completely.

No matter what kind of horse racing you prefer—from polo to steeplechase—the truth remains that all forms involve abusing these beautiful creatures in some way or another! Here are just several reasons why horse racing is cruel.

Horses are forced to run before they’re fully grown

This can cause several health problems, including joint and bone injuries. Cartilage doesn’t fully form until a horse is around 3 years old, so making them run before this age can be extremely harmful. Additionally, horses’ legs are not fully formed until they’re between 4-and 5 years old, which means they’re more susceptible to injuries if they’re made to run too early.

Horses are given painkillers and other drugs

This is done to make them run faster and harder, but it can have serious side effects. Painkillers can mask injuries and make horses run even when they’re in pain, which can worsen their injuries. Additionally, painkillers can be addictive and can cause horses to become anxious and stressed when they don’t have them.

Other drugs that are commonly given to racehorses include stimulants and sedatives. Stimulants make horses more alert and can make them run faster, but they can also cause heart problems and other health issues. Sedatives, on the other hand, are used to calm horses down before a race. However, they can also make horses drowsy and affect their coordination, which can be dangerous when they’re running at high speeds.

Horses are confined to small spaces and not given enough exercise

This is often done so that horses will be fresh for racing, but it can have the opposite effect. Horses are social animals and need to move around to stay healthy, both physically and mentally. When they’re confined to small spaces, they can become anxious and stressed, which can affect their performance. Additionally, horses need to be exercised regularly to maintain their muscle tone and prevent injuries.

Therefore, confining horses to small spaces and not giving them enough exercise is counterproductive to racing. Additionally, it’s cruel to the horses and can cause them a great deal of stress.

They suffer injuries during the race

Horses are often pushed beyond their limits during races, which can lead to injuries. It’s estimated that around 20% of racehorses suffer from some kind of injury every year. Some of the most common injuries include broken bones, tendon and ligament damage, and respiratory problems, not to mention the whip marks that are often seen on their bodies.

Additionally, many horses are not given the proper care after they suffer an injury. This can lead to further complications and even death. It’s estimated that around 2% of racehorses die from their injuries every year.

Horses are often euthanized when they can no longer run

This is perhaps the most heartbreaking consequence of horse racing. When horses can no longer run, they’re often seen as worthless and are euthanized. This can happen when they’re no longer fast enough to win races or when they sustain injuries that make it impossible for them to continue racing.

Euthanizing a horse is cheaper than providing lifetime care, so it’s often seen as the most practical solution. However, this doesn’t make it any less cruel.

On the other hand, some horses are lucky enough to be retired to sanctuaries or adopted by loving families. However, there are far too many horses for these homes to take in and the majority of racehorses will still end up being euthanized.

Horses are sentient creatures that feel pain and suffering just like we do. They deserve to be treated with respect and compassion, not abused for the sake of entertainment. Hopefully, after reading this, you’ll think twice before supporting the horse racing industry.