The Truths Behind Common Liposuction Misconceptions 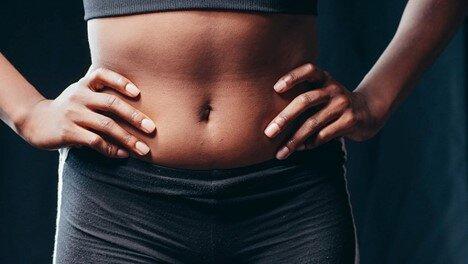 In today’s world, information about liposuction is everywhere, from reality television shows to social media hashtags, to an enormous plethora of information available online.

However, much of the information regarding liposuction can be contradictory and inaccurate, which is where many of the misconceptions and myths about the procedure.

To set the record straight, here are some of the common misconceptions about liposuction and the truths behind them.

This is one of the most common misconceptions behind liposuction and is inaccurate. Liposuction does remove stubborn pockets of fat in the body, improving the overall body contour and giving a person a slimmer and more streamlined appearance. However, a person typically only loses 2-5 pounds from liposuction, and it is exceedingly rare for somebody to lose more than 10 pounds from the procedure.

Furthermore, it is recommended a person already be in a healthy weight range to be considered safe for the procedure, and the weight levels should be relatively maintained following the procedure as not to reduce the effects of the procedure.

Liposuction is only for the Stomach

As the Stomach is one of the most popular places where liposuction is performed, many people incorrectly assume that the procedure can only be performed there.

In actuality, liposuction can be performed anywhere on the body where stubborn fat cells can form and retain themselves. This can include any of the following places:

Unless needed for a medical reason, liposuction is generally not covered by health insurance, so if you’re wondering “how much is liposuction in Toronto”, the answer is roughly $5,000CAD depending on the area of the procedure.

Abdominoplasty Is the Same as Liposuction

This assumption stems from the fact that both tummy tucks and liposuction are both performed on the abdomen and help improve the body’s contour.

However, these two procedures are performed with different techniques with different goals. While liposuction targets fat underneath the skin, abdominoplasty targets the skin itself. A tummy tuck helps remove and righten loose and drooping skin, pulling it tight to be firmer against the body.

Combining liposuction and a tummy tuck can help provide a person with optimal results, as the liposuction will remove any lumps or unevenness under the skin, while the tummy tuck will smooth and tighten the overlying skin.

While diet and Exercise are, of course vital to improving a person’s health and can come with many physical benefits such as weight loss and toning, it does not mean it can eliminate all fat from your body.

Some fat is extra persistent and stubborn, reason reasons like age or genetics, and can stay in areas where it is hard to exercise, such as in the neck and chin.

Liposuction Is Only for Women

More men than ever are getting cosmetic plastic surgery to feel more masculine and confident in their bodies, including procedures such as liposuction. Common areas where men receive liposuction are the chest to reduce the appearance of gynecomastia (more commonly known as man boobs) as well as the jawline to make a less round appearance and create a more pronounced and angular look.

Tips for Combating Loneliness and Isolation for Seniors