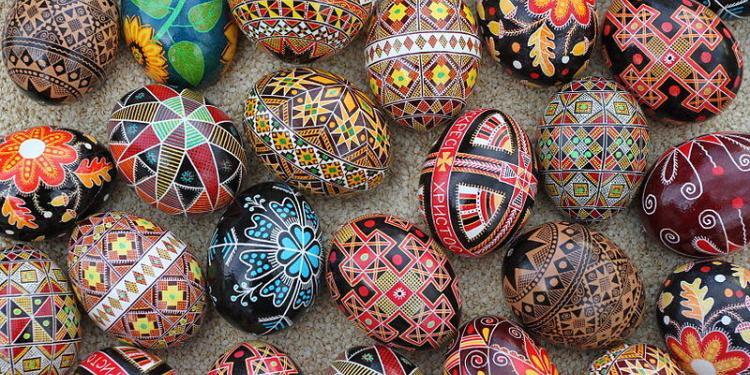 The arrival of Easter, a ceremonial ritual that is more than 4,700 years old, Is practised by Egyptians. Officially celebrated since the end of the Third Dynasty in 2700 BC, it has become the oldest popular holiday in Egypt and perhaps the entire human history.

Easter is celebrated by Egyptians, regardless of their beliefs. It coincides with the Christian Easter holiday, has an ancient connection with the Jewish Passover, and remains celebrated by everyone in Egypt to this day. So what is the story of this holiday? It’s a festival closely related in the consciousness of ancient Egyptians to the beginning of creation; They had in their religious beliefs theories through which they explained how the universe arose.

Among those theories, the entire universe “sprang from a large egg”, so the fact that the Easter table contains eggs has an important religious significance.

The beauty of nature was another expression of the philosophy of the beginning of creation, which dominated the holiday of Sham El-Nessim, and the Egyptians were very pleased with its arrival. As popular and official celebrations pervaded, the pharaoh, ministers, and the greats participated in it. It is the feast in which life is revived, plants are renewed, and animals are energized for the renewal of the species. That is like a new creation.

And when I mention art here, I see that colours and the colouring of eggs are the units on which all peoples are unanimous, and over the years – art proves to be the primary language – and the gate of the soul for all human beings – music – paintings – dance – arts that bring us together – make us more beautiful and more harmonious, A unite for our humanity and draw similar to each other.

Where did Coloring Easter eggs originate? According to many sources, the Christian custom of Easter eggs was adopted from Persian tradition by the early Christians of Mesopotamia, who stained them with red colouring “in memory of the blood of Christ, shed at His crucifixion”.

Wishing Everyone a Happy Easter!

Which Witch is Witch - Witchcraft and Tarot – How is it that Easter is named after a pagan Goddess?