Outstanding Clothing Styles From the Past: How to Use Them Today

by Luci Chang
in You May Also Like
Reading Time: 6 mins read
31 1 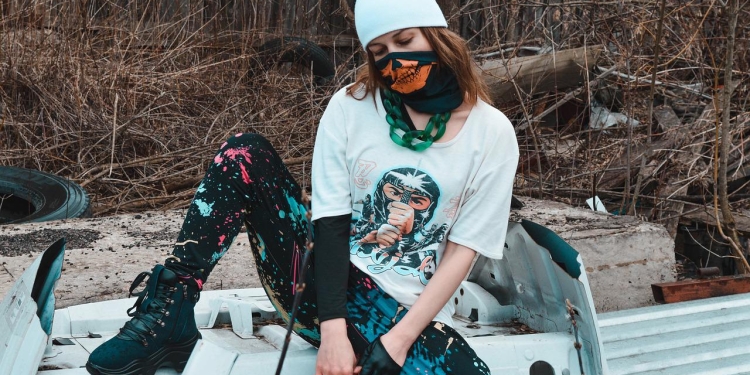 Looking to add a little bit of vintage flair to your wardrobe? You’re in luck! In this blog post, we will discuss some of the most popular clothing styles from the past and how you can use them today. We’ll cover everything from flapper dresses to pinstripe suits, so you can look stylish and feel confident no matter what the occasion may be. We will also provide some tips on where to find these items so you can start shopping for your new wardrobe today. So grab a cup of coffee and get comfortable – let’s dive into the world of vintage fashion!

The 1910s were a decade of major change – both politically and socially. This was also reflected in the fashion of the time, as clothing became more relaxed and comfortable. One of the most popular styles of the decade was the hobble skirt, which was a long skirt that was narrow at the bottom and prevented the wearer from taking large steps. This style was popular because it showed off a woman’s figure without being too revealing. Other popular styles of the time included drop-waist dresses, which were often decorated with lace or beading, and the famous Gibson Girl hairstyle.

Fashion In 1920s – The Roaring Twenties

The 1920s were a decade of prosperity and excess, and this was reflected in the fashion of the time. Clothing became more revealing, as hemlines rose and necklines plunged. The most popular style of the decade was the flapper dress, which was a short, loose-fitting dress that often had fringe or sequins. This style was popular because it allowed women to show off their legs and dance the night away. Other popular styles of 1920s fashion included the cloche hat, which was a close-fitting hat that covered the ears, and the bob haircut, which was a short, chin-length hairstyle. Also, don’t forget about the iconic ” Charleston” dance!

Fashion In 1930s – The Great Depression

The 1930s were a decade of economic hardship, as the Great Depression affected countries all over the world. This was reflected in the fashion of the time, as clothing became more practical and less flashy. One of the most popular styles of the decade was the shirtwaist dress, which was a simple dress that reached just below the knee. This style was popular because it was easy to make and easy to wear. Other popular styles of 1930s fashion included the pea coat, which was a heavy wool coat that was often worn by sailors, and the fedora hat, which was a soft felt hat with a brim that could be worn tilted forward or backward.

Due to the widespread effects of World War II, the 1940s saw intense international conflict. As a result, clothing at the time evolved to become more functional and less flashy. The utility dress, which was a straightforward dress that could be easily transformed into a skirt or a blouse, was one of the most well-liked trends of the decade. This fashion was well-liked because it was simple to produce and wear. The cardigan, a sweater with buttons down the front, and the beret, a soft felt hat that could be worn tilted to one side, were two other popular 1940s fashion trends.

The 1950s were a decade of peace and prosperity, as the world recovered from the effects of World War II. This was reflected in the fashion of the time, as clothing became more colorful and fun. One of the most popular styles of the 1950s was the poodle skirt, which was a full skirt with a poodle applique. This style was popular because it was both cute and stylish. Other popular 1950s fashion trends included the cat-eye glasses, which were thick-rimmed glasses with winged corners, and the saddle shoe, which was a low-heeled shoe with a decorative band across the front.

Fashion In 1960s – The Swinging Sixties

The 1960s were a decade of change, as the world became more open and accepting of new ideas. This was reflected in the fashion of the time, as clothing became more experimental and expressive. One of the most popular styles of the 1960s was the mini skirt, which was a short skirt that ended well above the knee. This style was popular because it was both daring and stylish. Other popular 1960s fashion trends included the go-go boot, which was a low-heeled boot that reached just below the knee, and the mod look, which was a clean-cut and sophisticated style that was popularized by British fashion icons such as Twiggy.

The 1970s were a decade of fun and freedom, as the world let loose after the turbulent 1960s. This was reflected in the fashion of the time, as clothing became more flashy and outrageous. One of the most popular styles of the 1970s was the disco look, which was characterized by tight-fitting clothes, bright colors, and sequins. This style was popular because it allowed people to express themselves and have a good time. Other popular 1970s fashion trends included the polyester leisure suit, which was a garish outfit that consisted of a short-sleeved shirt and matching pants, and the platform shoe, which was a high-heeled shoe with a thick sole.

The 1980s were a decade of power and greed, as the world became more materialistic. This was reflected in the fashion of the time, as clothing became more expensive and flashy. One of the most popular styles of the 1980s was the power suit, which was a business suit with wide shoulders and a strong silhouette. This style was popular because it conveyed an image of success and power. Other popular 1980s fashion trends included the preppy look, which was characterized by khaki pants, button-down shirts, and sweater vests, and the workout look, which was a casual style that consisted of sweat suits and sneakers.

The 1990s were a decade of rebellion, as the world became tired of the materialism of the 1980s. This was reflected in the fashion of the time, as clothing became more relaxed and comfortable. One of the most popular styles of the 1990s was the grunge look, which was characterized by plaid shirts, ripped jeans, and Doc Martens boots. This style was popular because it was both relaxed and stylish. Other popular 1990s fashion trends included the sporty look, which consisted of tracksuits and sneakers, and the punk look, which was characterized by spiked hair and leather jackets.

How To Wear These Items Today?

So, next time you’re feeling uninspired by your wardrobe, take some inspiration from the past and try out a new style. Who knows, you may just find your new favorite look. Thanks for reading!

5 Tips for GIC investments in Canada