by Editorial Board
in Municipal Elections
Reading Time: 7 mins read
64 5 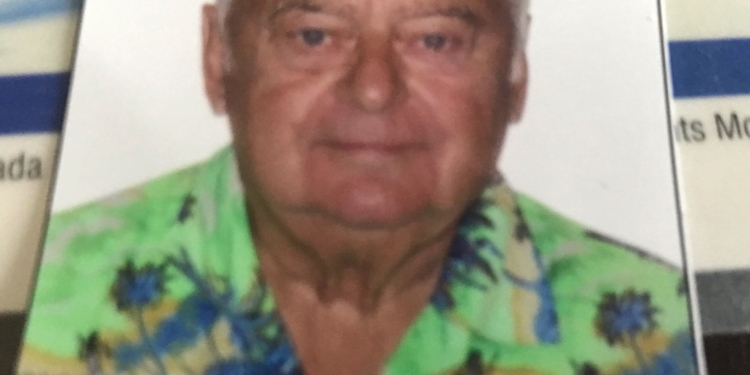 Municipal Elections are taking place in October. As one of the main media outlets in the City of Cornwall, The Seeker is always eager to getting to know the candidates. As such, we send each candidate a questionnaire requesting for them to give their position on the most pressing issues near and dear to you, our readers. During the upcoming weeks, we will be publishing the answers from each candidate who choses to respond. Every candidate was sent 11 questions, penned by our own, Jason Setnyk. They can choose to answer as many as they want. We will post them online as they come in. Here are Gerry E. Samson’s Questions and Answers. Click on any question to reveal the answer.

1 – Please give us a brief biography / tell the readers about yourself.
(e.g., work/family/education/experience)

I am Gerry E. Samson one of four boys, I born to Hel qen Elizabeth Samson and the Former Gerry Samson. My mom now 96 years of age, was a former volunteer for the Hotel Dieu Hospital, a member of St. Columbans Womens League, and a board member and one of the founders of Big Sisters 1980, in Cornwall along with sister Rheaume! My dad Gerald Samson was an alderman in Cornwall for 13 years, receive the title of Honorary Big Bros in 1984 four having four sons to become Big Brothers the first in Canada! I was a cost accountant at Courtaulds Canada, and started a union to be the first white collars union in Canada and spent one year at McMasters University in cost accounting!

I then was a Municipal and Provincial Property appraiser for ten years! I attended Queens University in Kingston where I received my MIMA, and studied local government, Micro and Macro Economics and degree in Property Appraisal! I then wrote RCMP written exams, for airport duty in Montreal, however became a police officer for 28 years, for the City Of Cornwall!

I graduated from courses in wiretapping, crimminal investigations, many more courses in advance police studies! I then received a metal from the Right Honourable Romeo Leblanc Governor General of Canada for outstanding police services for the citizens of Cornwall. Where I raised $5000 dollars for cancer society, cops for cancer and jail and bail, $6000 Childrens Treatment Centre for abused children!

2 – If you were on Council the previous term, tell us about your accomplishments during the past four years. If you were not on City Council this last term, please tell us why you are running and what you hope to accomplish.

As a former member of City Council,2012-2014, some of our accomplishments were as follows: waste water treatment plant, negotiations for the Target/Walmart Warehouse Distribution Centre, the large condos at Courtaulds and Knox Centre Second & Sydney Street, negotiations with Federal Government, to jointly take over the harbour rights with Awkwessasne, the cleaning up of the Domtar property at Ninth Street and Cumberland,where Walmart and many smart centres are now located,like the Bank of Montreal, Winners, A&W, Pets R Us,Taco shop,and the negotiations of land at Tollgate & Brookdale, to acquire many smart centres.

3 – With rents skyrocketing, what can City Council in Cornwall do to prevent renovictions like those at Cumberland Gardens that have impacted many in our community?

I m running for council to bring the following;
more low income and senior housing complexes, free parking on Pitt Street and Montreal Road, to encourage business development, and free busing for special needs and seniors!
More streamlining of the budget, to develop our waterfront like Brockville and Sault Ste. Marie.
I am totally in opposition of water meters!
Need Tennis courts at the Bob Turner pads, and a BMX and Skateboard Park at St Lawrence College for eastend children!
I further believe that when a public building or school is turned over to the city it should be donated to a contractor to build low income housing.
With skyrocketing rent we have to build more senior housing and low income housing.

4 – In 2018, the City of Cornwall purchased the old Bank of Montreal building in our downtown for $450,000 as the future home of Cornwall’s Art Centre. In 2019, Council heard a report that renovations would cost an additional $4 to $6 million dollars. In addition to the fundraising already being done, will you support some public tax dollars going towards a Cornwall Art Centre, or should the municipality pause any additional financial support?

I think the City should enter in partnership’s with the art committee, to acquire funding from the provincial government from Lottos and the Bank of Montreal,, but not invest further City Dollars.

5 – Post-pandemic, what can Council do to improve Economic Development for the city and support existing businesses?

To support City businesses have free parking.
Further development with Economic Development and the Chamber of Commerce, and work to attract diversified businesses like Brockville and Kingston.
Also have a full flea market downtown,and close off Third and Pitt Streets with several attractions and music and food sales from various restaurants!

6 – What are your thoughts on the McConnell Medical Clinic closure? Although health care is a provincial issue, is there anything Council can do to attract more doctors and nurses to our city?

Council has to negotiate for more funding from the province to keep medical centres open and more funding grants for nurses and doctors!

7 – While climate change is a global issue, what can the City do locally to keep our neighborhoods cool and protect natural resources like the St. Lawrence River?

City Council has to continue supporting the St Lawrence River Institute to protect natural resources like the St. Lawrence River.

8 – Many City businesses are open on Sundays, and many events happen on Sundays. Do you support Sunday service for Cornwall Transit?

A survey was done in 2014 the costs of Sunday busing was too expensive.

9 – What can we do to improve social services in Cornwall? Examples include but are not limited to Cornwall Transit, childcare spaces, or LTR spaces.

Improve social services by providing incentives for people to work and hire more investigators , to check that same people are getting welfare in Ontario and Quebec.

I support keeping taxes to a bare minimum!

11 – How can candidates contact you? Please provide a phone number and/or email and/or one website (or one social media link).